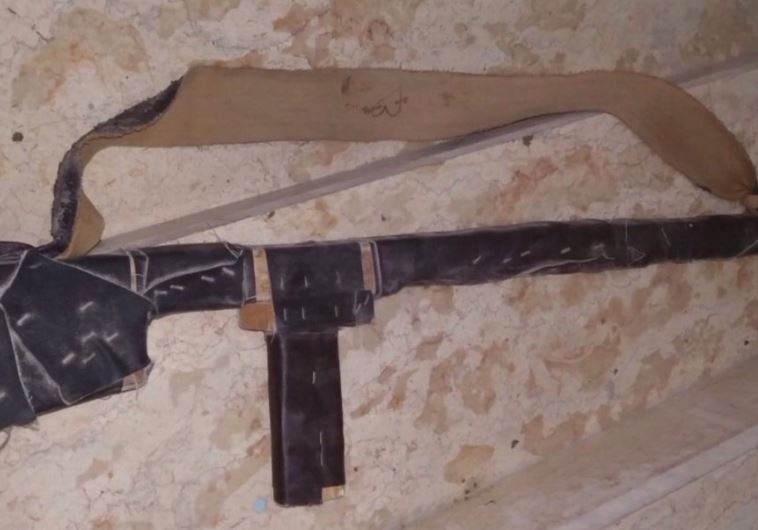 Soldiers overnight Monday, acting on intelligence information, discovered a hidden cache of weapons in a mattress factory in Chevron. The weapons, including automatic rifles, equipment for making firebombs, hand grenades, and other items, were to be used in terror attacks on Israelis driving along highways in the area. Some of the weapons used in attacks in recent weeks had been sourced to the cache, said officials. The weapons were confiscated and the factory closed down, and a warrant for the arrest of its owners and managers has been issued.

Also overnight Monday security officials made preparations for the demolition of the homes of two terrorists who had participated in recent attacks on Israelis. The homes belong to the families of two terrorists, ages 15 and 16, who in recent weeks participated in separate stabbing attacks against Israelis in the Chevron area. B’chasdei Shamayim, neither of them were able to injure anyone, and were killed immediately by observant soldiers who shot them before they could carry out their murderous missions.

Now, the homes of their families are to be demolished, as part of the army’s strategy to persuade families to prevent their sons and daughters from participating in terror attacks. The terrorists are residents of two villages near Chevron, and special forces on Monday night entered the villages and mapped the precise location of the homes; next week, bulldozers will raze the homes, after official orders notifying the families of the punishment are delivered.

Also Monday night, soldiers arrested 15 wanted terror suspects throughout Yehudah and Shomron. The suspects are wanted on charges of participating in riots, endangering lives by throwing rocks, bricks, and firebombs at civilians and at IDF forces. All were being questioned by Shin Bet special forces on Tuesday.