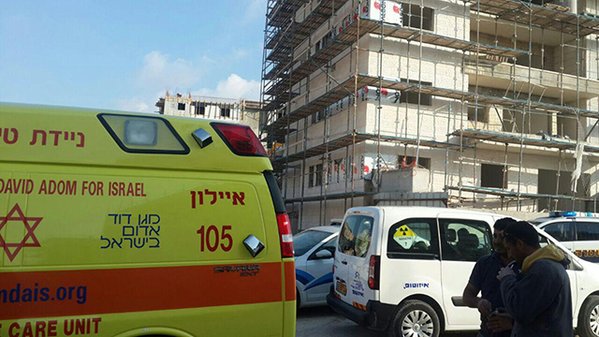 An Arab worker in Modi’in attacked his boss Tuesday afternoon at a construction site in the city, hitting him with a hammer.  The Jewish work supervisor suffered a severe head wound, and an additional individual was injured as well – an Arab he apparently mistook for a Jew.

The Arab perpetrator, a resident of the village of Beit Sira, ran away after the attack. He was caught after a short chase by police on Road 443. Drivers reported hearing shots fired on the road, apparently fired at the terrorist.

Under questioning, the Arab said that he had carried out the attack not because of a work dispute, as reported earlier, but to kill Jews. Police are calling the incident a terrorist attack.