Community ANALYSIS: For Pollard, the Fight Is About Shabbos
Community 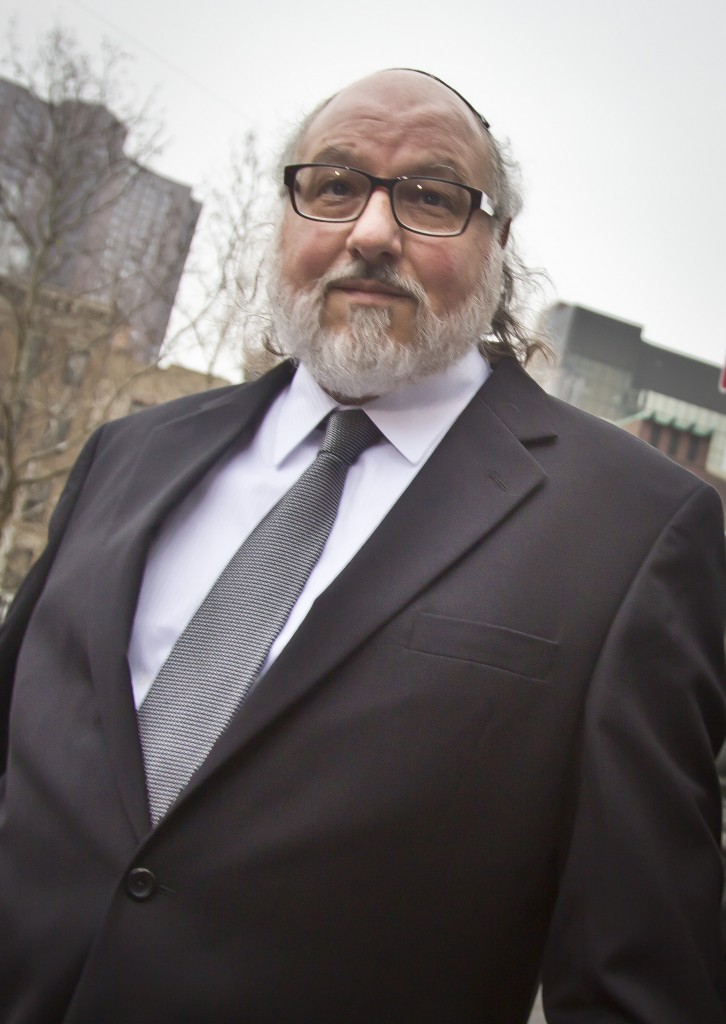 As he fights parole conditions that severely restrict his movement and make it almost impossible to hold a regular job, for Jonathan Pollard the most important part of the battle he is waging is about shemiras Shabbos.

A source close to the Pollards, who spoke to Jonathan shortly after Monday’s court hearing and asked not to be named because of the sensitivity of the matter, told Hamodia that “for Jonathan this is all about shemiras Shabbos. He was moser nefesh in prison to keep Yiddishkeit and is determined to fight any restrictions that will interfere with his keeping Shabbos.

“The level of emunah and commitment to halachah being exhibited by Jonathan and his wife is truly inspiring,” he added.

Pollard is currently required to wear a GPS monitoring system that consists of a non-removable transmitter installed on his wrist, and a receiver that is plugged into an outlet in his residence. Whenever he moves outside the range of the receiver, the transmitter — which is three inches long and two inches wide — acts as a GPS tracker and monitors his location.

The transmitter — which Pollard must wear seven days a week — must be charged daily. According to information that was made available to Pollard’s attorneys, when fully charged the transmitter lasts for a minimum of 12 hours and up to a maximum of 20 hours; the battery drains faster when outside the range of the receiver.

In their written reply to the legal challenge, the government claimed that the “monitoring device, when fully charged, generally maintains its charge for about 24 hours,” but admitted that the “charge may last for a shorter period of time if the parolee is away from the base station.

“Given that the monitor is capable of holding a charge for twenty-four hours or more, depending on certain variables, it is possible that Petitioner would not have to charge the device during a given Sabbath period. In short, Petitioner has failed to demonstrate a substantial burden on his exercise of religion caused by the GPS monitoring condition,” the government argued.

In their rebuttal, Pollard’s attorney pointed out that, for one thing, Shabbos lasts for 25 hours, not 24, and Yamim Tovim last for 49 hours. He added that even if the charge would last for 25 hours were Pollard to stay at home during this entire time period, it still would deprive him of the ability to daven with a minyan in shul.

“Courts have held that ‘an opportunity to worship as a congregation by a substantial number of prisoners may be a basic religious experience and, therefore, a fundamental exercise of religion,’” Pollard’s reply brief to the court states.

At the court hearing on Monday, Assistant U.S. Attorney Rebecca Tinio, who is representing the Parole Commission and the Probation office in this case, claimed that according to new information she had received that very morning, the GPS device could actually last for “up to eighty hours,” without charging. She did not explain the discrepancy between the information the government had submitted in their brief, how long it would last if he would leave the apartment to go to a shul, whether this GPS device had actually been tested and shown to last this long, or what would happen if the device stopped working.

A day earlier, the government submitted a declaration to the court stating that “in an attempt to reduce or eliminate” Pollard’s concerns about charging the monitoring device on the Sabbath, the U.S. Probation Office has ordered a new device that comes with two batteries, each of which can hold a twenty-hour charge.

“If, for example, Petitioner fully charges both batteries before the Sabbath, he should be able to simply switch the batteries if one expires,” the declaration states.

During oral arguments at Monday’s court hearing, Pollard’s pro-bono attorney Eliot Lauer explained that the changing of a battery on Shabbos is also prohibited according to Jewish law, and this would not alleviate the problem in any way.

In their submission to the court, the government contended that even if Pollard “were occasionally required to charge the monitor during the Sabbath, that imposition on his religious practice would be objectively minimal in comparison with considerably more substantial burdens involved in other RFRA and Free Exercise cases, and more like the ‘modicum of paperwork’ found by the Second Circuit to be insubstantial,” in a different religious rights case involving Obamacare.

“This glib comparison is extremely disrespectful, as well as incorrect. Desecration of the Sabbath violates one of the Ten Commandments. It is not akin to a bookkeeping task,” Lauer countered in his reply.