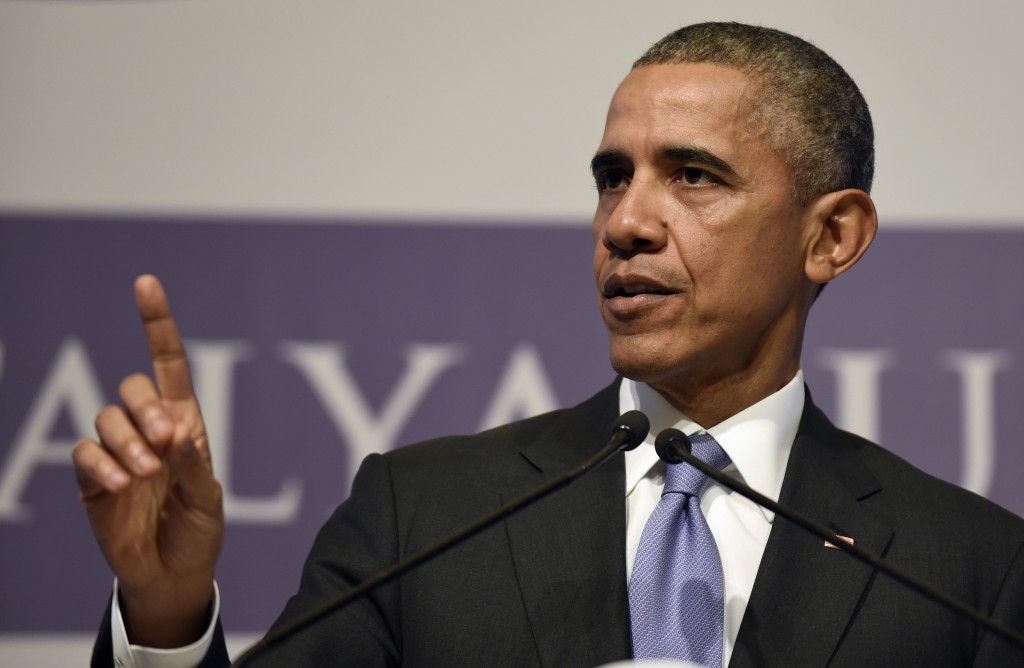 The Obama administration is expected as soon as this week to authorize the sale of two guided missile frigates to Taiwan, U.S. congressional sources said on Monday, in spite of China’s opposition to the deal.

The sale would mark the first time in four years that the United States has shipped arms to Taiwan, the longest gap in such arm sales in nearly four decades.

It comes a year after Congress passed the Naval Transfer Act authorizing the sale of up to four Perry-class frigates to Taiwan in December 2014.

Taiwan has said it expects to pay about $176 million for the two vessels and that it would review its needs before making a decision on two more.

President Barack Obama signed the transfer act into law, but his administration still has to tell Congress its plans to move ahead with the sale, part of Washington’s commitment under the Taiwan Relations Act to ensuring Taipei can maintain a credible defense.

The White House declined comment about the sale, which would come after increasingly intense pressure from Congress, including a unanimous vote last week by the House Foreign Affairs Committee on legislation calling on Obama to provide a timeline on when it would move forward.

Past U.S. weapons sales to Taiwan have attracted strong condemnation in China, which considers Taiwan a renegade province.

Analysts and congressional sources believe the process has been held up by the administration’s desire to maintain stable working relations with China, an increasingly powerful strategic rival but also a vital economic partner as the world’s second-largest economy.

Most recently the Obama administration has been working with Beijing to forge a landmark global climate agreement that was sealed on Saturday after two weeks of intense negotiations, setting the course for a historic transformation of the world’s fossil fuel-driven economy within decades.

Congressional sources said the White House was pushing to move ahead with the Taiwan deal before the end of 2015 – an important deadline because of Taipei’s budget cycle.

A spokesman for the Chinese embassy said on Friday China “firmly opposes any arms sales from the United States to Taiwan.”

“We urge the U.S. government to stop selling arms to Taiwan to avoid hurting China-U.S. relations and disturbing peaceful development of cross-strait relations.”

Beijing expressed anger at last year’s bill, although arms sales to date to Taiwan have not caused lasting damage to Beijing’s relations with either Washington or Taipei.

The new sales would come at a period of heightened tensions between the United States and China over the South China Sea, where Washington has been critical of China’s building of man-made islands to assert expansive territorial claims.

China was angered when the United States sent a guided-missile destroyer close to one of the islands in October and B-52 bombers nearby last month.

While Taiwan has been overshadowed recently as a U.S.-China issue by the South China Sea, it has the potential to flare up again, especially with Taiwanese elections coming up in next month and a party which traditionally favors independence from China expected to win.

The House of Representatives Foreign Affairs Committee last week unanimously passed the Taiwan Naval Support Act, which asked Obama to submit to Congress a timeframe for sending the ships.

Representative Eliot Engel, the ranking Democrat on the committee, called last week for more regular arms sales to Taiwan, despite China’s political sensitivity on the subject.

“Our desire not to upset Beijing shouldn’t come at the expense of Taiwan’s security,” Engel said.

“We are troubled that it has now been over four years – the longest period since the passage of the Taiwan Relations Act in 1979 – since the administration has notified Congress of a new arms sale package,” the senators wrote.