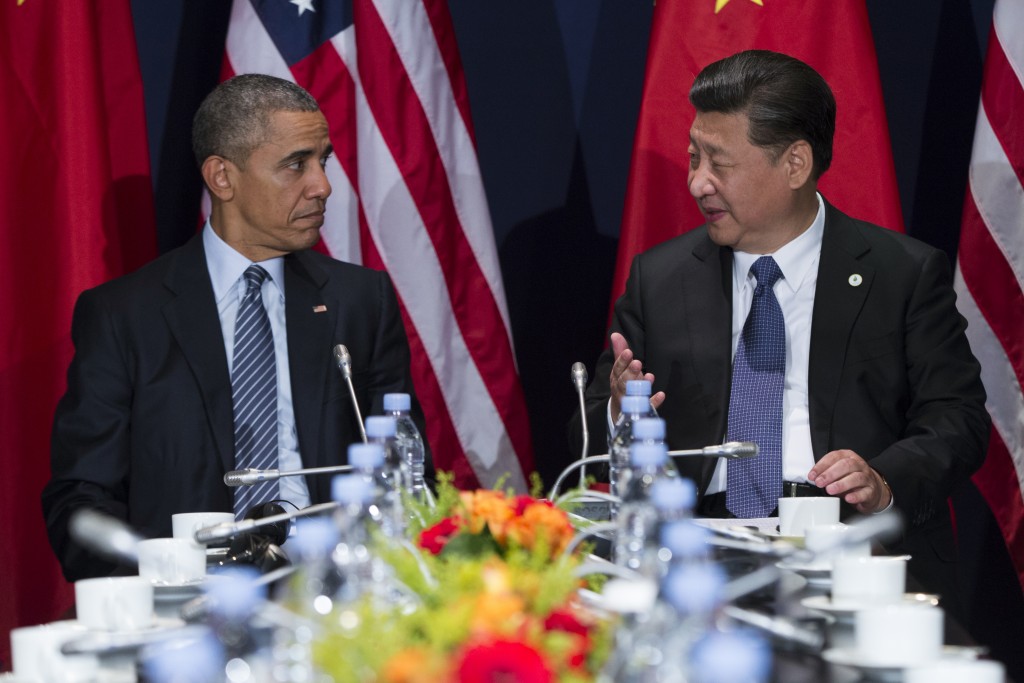 Even as smog levels in Beijing often turn the sky a smoky gray, one thing was clear at the global climate change talks in Paris: China, once a laggard, emerged as a key player in the battle to help avert the worst effects of global warming.

The shift by the world’s largest emitter of greenhouse gases helped pave the way for the commitment by nearly 200 nations to reduce emissions. “You had a developing country and somebody who had been leading the efforts against us,” said U.S. Secretary of State John F. Kerry, “that opened the door.”

After the December 2009 Copenhagen climate talks descended into chaos, some of the sharpest finger-pointing had been directed at China.

Beijing didn’t send Premier Wen Jiabao to the final discussions that time, leaving leaders including President Barack Obama and German Chancellor Angela Merkel to negotiate with an official who frequently left the room to phone his superiors. The Chinese pushed to remove specific targets on emissions cuts — even those that would only apply to advanced industrialized countries and not itself.

“China wrecked the talks … and insisted on an awful ‘deal’ so Western leaders would walk away carrying the blame,” British environmental author Mark Lynas, who was with one of the national delegations, wrote in a fly-on-the-wall account.

What a difference six years makes: Obama and Chinese President Xi Jinping appeared side by side at the start of this year’s Paris climate change talks. And as global leaders congratulated themselves on reaching an agreement, the US was singling out China for praise for its constructive engagement.

Asked after the vote to cite the most important steps along the way that enabled the deal, Kerry immediately pointed to China’s willingness to “build a working partnership” with Washington and jointly announce national emissions-reduction targets in advance.

What explains China’s shift? It’s not necessarily pangs of guilt or a newfound sense of global munificence. Instead, after years of downplaying its environmental crisis, Chinese leaders appear to have recognized that cleaning up China’s toxic skies and pushing the country toward renewable energy is critical to maintaining the Communist Party’s grip on power amid rising public discontent.

Now, instead of regarding any multilateral environmental pact as a hindrance to unbridled economic growth, China sees an opportunity to seize agreements such as the Paris deal to showcase itself as a progressive superpower and responsible international stakeholder — while doing things it needs to do at home anyway.

The Obama administration, said Kerry, recognized this coming convergence in 2013 and sought to capitalize on it “to change the paradigm of what happened in Copenhagen.”

“We saw they had environmental challenges in China and had (a self-) interest, therefore, and we tried to tap into that.”

The alignment between China’s domestic agenda and its willingness to step up in Paris was brought into sharp relief last week as air pollution levels skyrocketed in Beijing. For the first time, city officials issued a “red alert,” closing schools, shutting down work at construction sites and ordering millions of cars off the capital’s roads.

Since Xi came to power about three years ago, Chinese leaders have shown increasing political will to impose extraordinary measures to clean the skies, even if it means curtailing economic activity. To be sure, the steps have been uneven and at times downright vain — China has been most willing to shutter factories and curb coal burning when it’s hosting high-profile international gatherings in Beijing such as the 2014 Asia-Pacific Economic Cooperation summit, September’s military parade, and other international events.

Although the immediate goal is to protect public health, not halt global warming, the strictures generally target the same carbon-generators that cause global warming. At the same time, Chinese authorities are pushing the development of solar, wind, hydropower and nuclear power — and to make China’s alternative energy sector a global economic force.

China has become the world’s biggest investor in renewable energy and plans to launch a nationwide carbon emission trading market in 2017.

These changes come as China increasingly acknowledges the human and financial toll of pollution. A 2014 joint study by the World Bank and China’s government estimated that air pollution alone may cost the nation up to $300 billion a year. Another report led by economists and former foreign heads of state noted that smog is blamed for more than a million premature deaths annually in China, and said those deaths may cost the nation up to 13 percent of its GDP.

On the U.S. side, Obama has also become progressively bold, even as Congress shows resistance, said Eric Pooley, senior vice president for strategy and communications at the Environmental Defense Fund. With executive branch initiatives such as the EPA’s Clean Power Plan — which takes effect this month and is designed to cut carbon emissions from power plants — Obama has been looking to make his environmental policies a centerpiece of his legacy.

That momentum is a contrast from 2009, when the president’s eco-agenda had just suffered a defeat as the Waxman-Markey cap-and-trade bill failed in Congress, weakening his hand on the world stage.

Six years ago, “both of the biggest nations in the world were not ready to deal,” Pooley said. Now, “the dynamic between the U.S. and China has totally changed…. They used to blame each other for inaction. Now they’re encouraging each other toward more ambitious action.”

In some ways, Washington and Beijing have been driven to find common ground on global warming because they have failed to see eye-to-eye on so many other issues, from trade and cyberattacks to human rights and the South China Sea.

“China and the United States need an area where they can cooperate,” said Nathaniel Keohane, a former Obama White House staffer and now vice president for international climate at the Environmental Defense Fund. “Climate change is becoming that area.”

Momentum soared in November 2014 when Obama attended the APEC summit in Beijing and announced with Xi that the countries would both pursue policies to cut carbon emissions.

Obama pledged the U.S. would emit at least 26 percent less carbon in 2025 than it did in 2005. Xi vowed his country would “peak” its carbon emissions by 2030, if not sooner, and said solar, wind and other clean energy technology would account for 20 percent of China’s total power production by that year.

Their bilateral agreement “sent a powerful signal to the rest of the world,” said Alden Meyer of the Union of Concerned Scientists, a veteran of climate negotiations. “If the world’s two biggest emitters aren’t serious about dealing with the problem, you can’t deal with the problem.” Seeing them work together, he added, “gave people a sense of hope.”

When Xi visited Washington in September, the two leaders followed up with a 17-point joint statement looking ahead to the Paris talks.

The pact adopted Saturday for the first time commits virtually every nation to reducing the greenhouse-gas emissions that cause climate change, and setting progressively more stringent goals every five years. Though each country will determine its own goals, nations will be required to submit to outside monitoring of their progress, and developed nations pledged to help fund new, clean energy sources for developing countries.

“With our historic joint announcement with China last year, we showed it was possible to bridge the old divide between developed and developing nations that had stymied global progress for so long,” Obama said Saturday. “That accomplishment … was the foundation for success in Paris.”