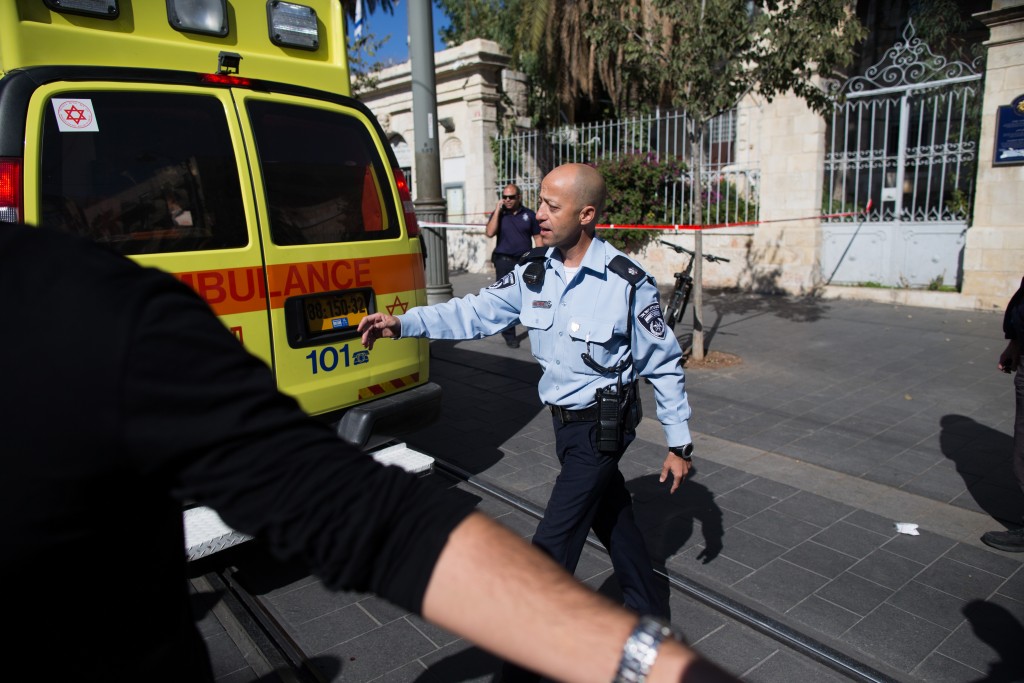 Public Security Minister Gilad Erdan slammed a decision by the Attorney General to investigate the police officer who killed one of two terrorists who went on a stabbing rampage outside the Machaneh Yehudah market in Yerushalayim – because, according to investigators, killing the terrorist was unnecessary, as she had already been “neutralized.”

“I was very upset to hear about the investigation of this officer by the Police Internal Affairs Division,” Erdan said Monday. “I cannot understand the people who dare to judge security forces when they are forced to take action against terrorists, under the pressure of an attack in progress. It’s as if they are supposed to carry out a laboratory study to determine what other weapons the terrorist has and whether they plan to use them.”

The incident on Nov. 23 left two people injured – one a 70 year old Arab man, who was attacked by the stabbers, and a second, an Israeli security officer, who was injured by a stray bullet when the officer in question shot at the two terrorists. The terrorists had in their possession a knife and a pair of scissors, which they were using to carry out the attack. One of the terrorists, a 16 year old female Arab, was killed, while the second was injured in the shootout. An indictment was filed against her last Friday.

After the attack, the officer was praised by his superiors, including Yerushalayim District Police Chief Moshe Edri, who said that his “professional response prevented injury to more innocent people.” However, several days ago, an investigation was launched against the officer at the recommendation of the Attorney General’s office. The officer is being investigated by the police internal affairs unit, which believes that he could have neutralized the suspect without killing her.

Erdan said that he would not interfere with internal police issues, despite his feelings on the matter, and expressed hope that the matter would be laid to rest with the exoneration of the officer. “We need to back up the officers who are putting their lives on the line, time after time, to fight terrorism,” he added.