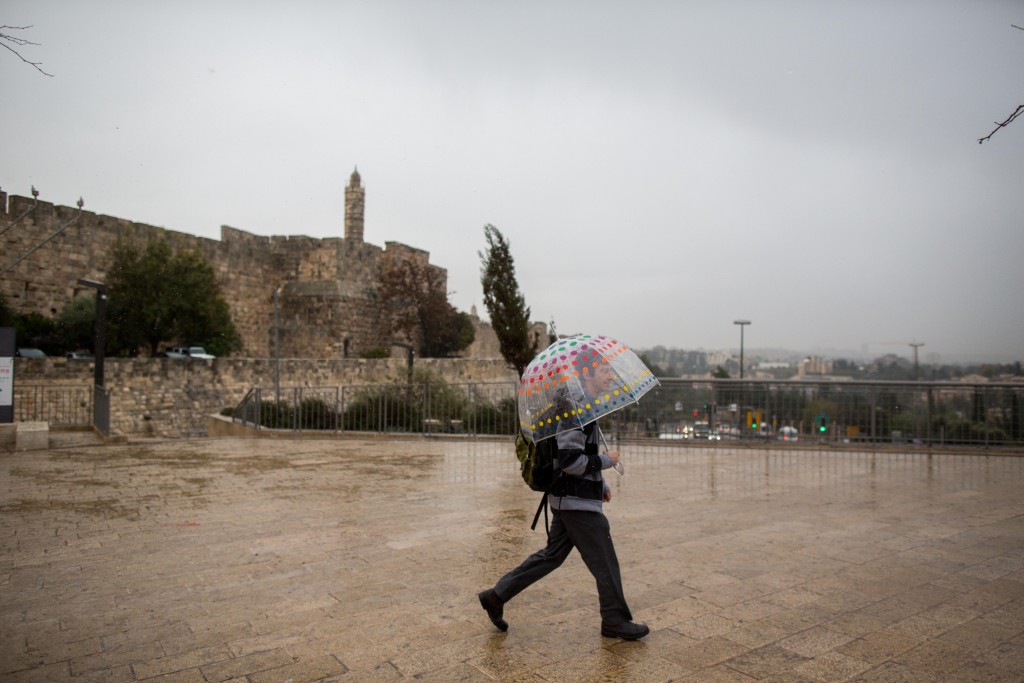 Sunday was the first day of a rainy week forecast for Israel. Snow may not be far off, either, and officials in Yerushalayim were already preparing for it – both the snow, and whom to blame when things fall apart.

The Yerushalayim Light Rail put passengers on notice that it will not run this year in the event of a significant snowfall.

CEO Yaron Ravid blamed the Ministry of Transportation, pointing out in a letter leaked to Walla! News that the Ministry failed to order the necessary equipment to keep the system going in snowy conditions.

“The Yerushalayim Light Rail is not designed to work in heavy snow [just under 2 inches], and the reason for that is cuts to the state budget at the time of its construction,” Ravid said.

CityPass has done its part, ordering snow plows for clearing the tracks, Ravid said, but it is the Ministry of Transportation that has to provide the special equipment to heat up the tracks themselves. If they freeze up, the trains can’t run.

The Transportation Ministry responded by accusing CityPass of not honoring previous agreements to obtain all necessary equipment for snow removal, and that the Ministry stepped in only after CityPass itself dragged its feet on obtaining such equipment since as far back as 2013.

“Unfortunately, instead of cooperating with the state, the CityPass company consistently denies responsibility in order to maximize profits, in sharp contrast to the agreements made with the State,” it said. “The State calls on CityPass to stop tendentious delays and honor the commitment, so the train can run this winter without delays.”