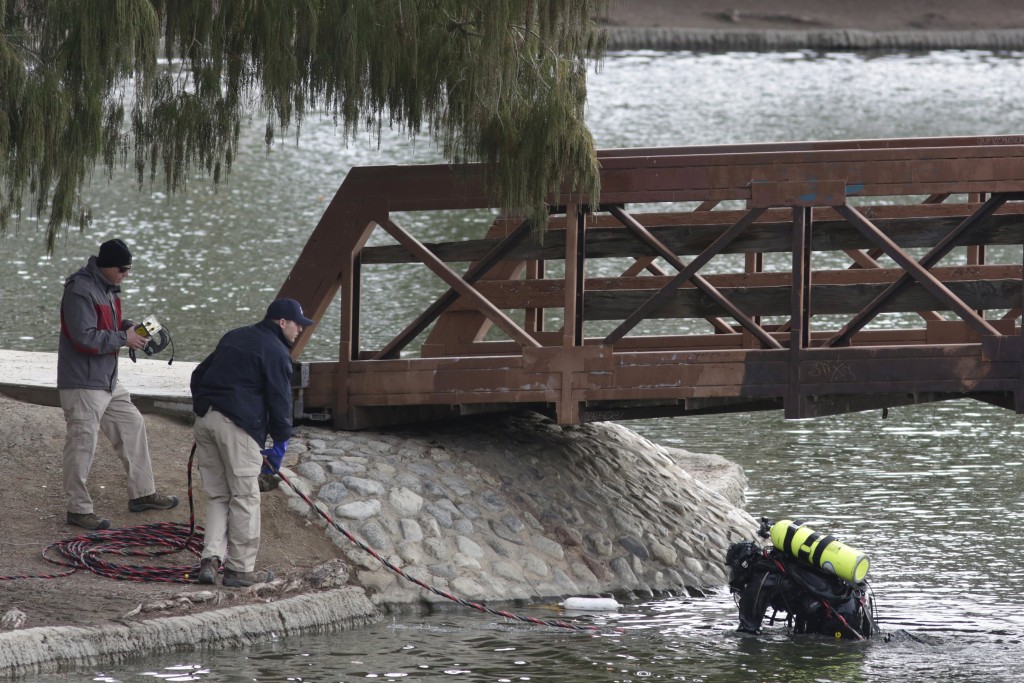 An underwater search for a computer hard drive and anything else linked to the husband-and-wife shooters who killed 14 in the California attacks has concluded.

FBI spokeswoman Laura Eimiller said specialized divers with the agency concluded their search on Saturday of a San Bernardino lake for abandoned evidence. However, she declined to say whether any items recovered are related to the probe.

Investigators have said the killers tried to cover their tracks by destroying e-mails, cell phones and other items at their home in Redlands. They were tipped that the small lake in a park located about three miles from  the shootings might hold the hard drive, according to a law enforcement official briefed on the investigation but not authorized to speak publicly about the case.

The search began Thursday after authorities learned that the shooters, Syed Rizwan Farook, 28, and Tashfeen Malik, 29, may have been in the area the day of the attack, said David Bowdich, chief of the FBI’s Los Angeles office.

Authorities say Farook and Malik were not known to law enforcement before the shootings. But since the attack they have determined the couple discussed martyrdom and jihad as early as 2013.

Farook’s longtime friend and relative-through-marriage, Enrique Marquez, bought the assault rifles used in the shooting more than three years ago, about the time he converted to Islam, according to the law enforcement official. Farook asked Marquez to buy the rifles because he was worried he wouldn’t pass the background check himself.

Marquez, who checked himself into a mental hospital after the attack, told investigators that he and Farook were plotting an attack in 2012.

Idaho Senator Jim Risch, a Republican who sits on the Senate Select Committee on Intelligence, said they had an actual plan, including buying weapons, but became apprehensive and shelved it because of law enforcement activity and arrests in the area.

Marquez hasn’t been charged with a crime and has been cooperating with authorities.

On Friday, a suspicious fire at a California mosque about 75 miles from San Bernardino stoked fears among local Muslims.

Police got a call around noon about the fire at Islamic Center of Palm Springs, said Deputy Armando Munoz, a spokesman for the Riverside County Sheriff’s Department. Firefighters quickly contained the fire and no one was injured.

Authorities announced Saturday that a 23-year-old man was arrested on suspicion of committing a hate crime and arson in connection with the fire.