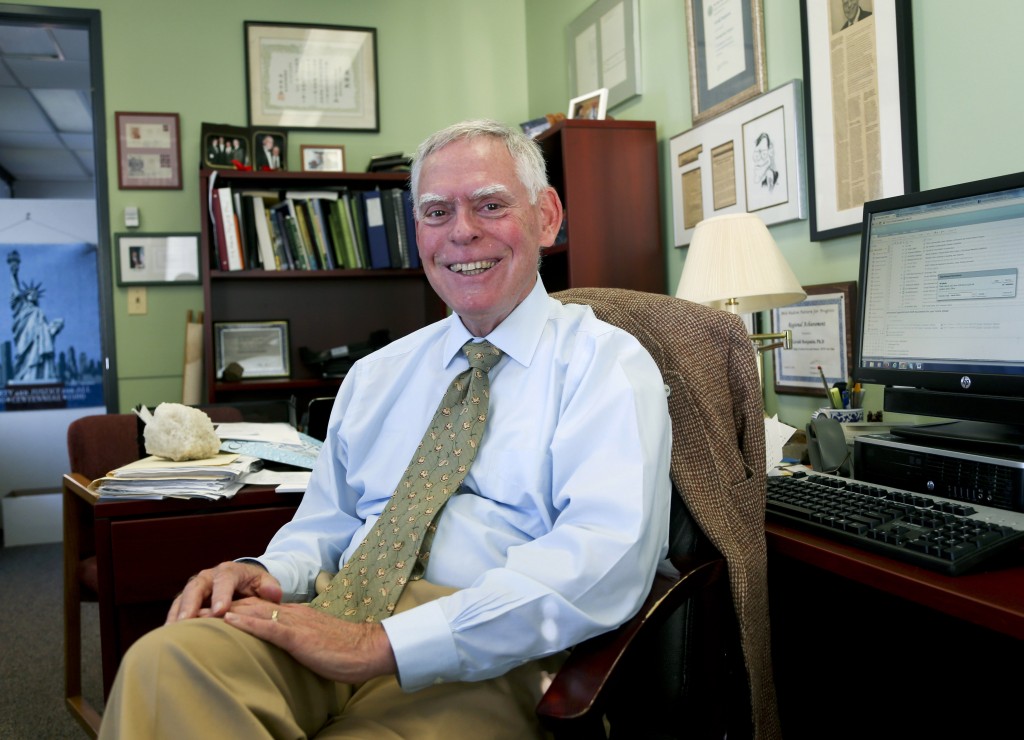 Many New Yorkers have lost faith in a state government that’s been embroiled in one corruption scandal after another. But instead of merely complaining, they’ll soon have a chance to tear it all down and start over.

Voters will be asked in 2017 whether the state should hold a constitutional convention to consider fundamental changes to its 121-year-old state Constitution.

It’s a question that’s automatically on the ballot every 20 years as a way for the public to circumvent lawmakers, and backers say it’s notable that the latest opportunity comes amid a crisis of confidence in state government.

“When the stars align, it can be a very powerful moment,” Gerald Benjamin, a political scientist at SUNY New Paltz, said recently at a Bar Association forum to begin a public dialogue on the question.

New York is one of some 14 states that automatically put the question of convening a convention on the ballot every 10 or 20 years, though that hardly guarantees a convention will happen. Another, Rhode Island, saw voters opt against calling one last year.

Ten states have created new constitutions since 1964, according to the National Conference of State Legislatures. Georgia adopted a new document in 1983. Illinois, North Carolina and Virginia did so in the seventies. Though it has been amended more than 100 times, the Massachusetts constitution, by contrast, dates back to 1780.

In New York, voters fed up with political graft could be positioned to make big changes. The recent convictions of longtime Assembly Speaker Sheldon Silver and former Senate Leader Dean Skelos on corruption charges put them among an infamous line of 30 lawmakers who left office facing criminal charges or ethical misconduct allegations since 2000.

Among the suggestions to fix the problem on a fundamental level: Make the Legislature a full-time body. Prohibit its members from accepting outside income. Close a loophole allowing large, largely anonymous donations from wealthy interests. Create a system of publicly funded elections to drain the money out of politics. Impose term limits on lawmakers. Replace the Senate and the Assembly with a single unicameral chamber.

Supporters of a convention say it would be a chance to make other changes to the way government operates and handle such priorities as education, health care and social services. Gun control and charter schools are among the issues that could be on the table.

“It is a once-in-a-generation opportunity for the state as a whole to reinvent state government,” said Hank Greenberg, an attorney and the chairman of the state Bar Association’s state constitution committee. “It has been so long since we had one — nearly 50 years.”

Polls of New York voters show significant public dissatisfaction with state government and wide support for a convention: 69 percent of voters surveyed by Siena College in July supported the idea. But the poll also found many voters were unclear about the process, and 75 percent of respondents said they had heard “nothing” about the possibility of a convention.

If approved, a convention wouldn’t be held until 2019 to give time for voters to pick delegates and organize the gathering. Voters would also have final say over any recommended changes.

No one has come out against a convention in New York — yet. Calls for a convention were rejected in 1977 and 1997 when various special interests objected. Labor unions worried about changes that would undermine their power. Environmentalists wanted to preserve existing protections for the Adirondacks. Conservatives worried about liberal revisions on gun control.

The current constitution — which at 50,000 words is seven times longer than the federal constitution — was drafted in 1894 and heavily revised in 1938. The last convention was held in 1967, though voters recommended the proposed changes.

This time around, supporters are calling on Gov. Andrew Cuomo, who has supported a convention, to convene a preparatory commission to begin reviewing possible topics for a review by delegates.

“Even if the voters are reluctant to make big changes, the state’s most important document could do with at least a modest trim,” said Peter Galie, co-author of three books on the New York state Constitution and a political science professor at Canisius College. He said about 15,000 words could be cut by removing outdated or redundant language.