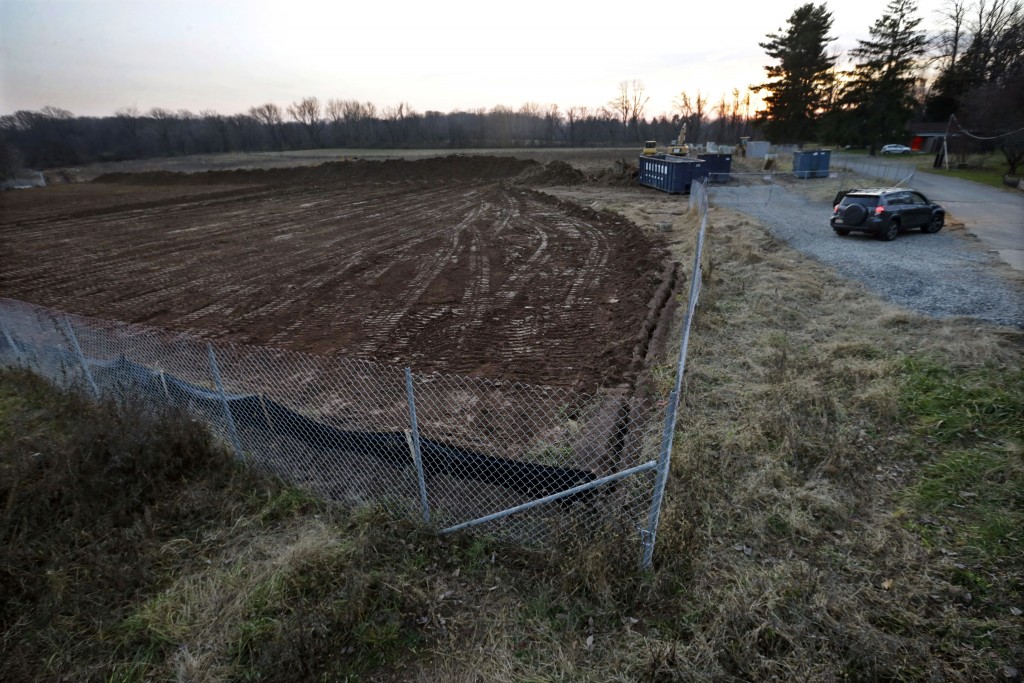 Historical activists are refusing to surrender in their efforts to prevent the development of a privately owned portion of a Revolutionary War battlefield in New Jersey.

The Princeton Battlefield Society members are hoping to halt the plans of the Institute of Advanced Study, which is starting work to construct faculty housing. They want to preserve the site where George Washington’s troops defeated the British at the Battle of Princeton in January 1777, and remain hopeful the institute will agree to a standstill until the legal battle which has played out over the past few years comes to a conclusion.

“The reason for our interest in the property is its extraordinary historic significance,” said Jim Campi, communications director for The Civil War Trust, a Washington-based nonprofit organization devoted to the preservation of America’s battlegrounds. “This is not your run-of-the-mill historic site, but where the charge that decided the battle was both launched and struck the British lines. This property is — without exaggeration — where the battle that arguably saved the Revolution was decided.”

The activists, though, have suffered some legal setbacks recently in their battle against the plan for building eight townhouses and seven single-family homes, including the state Supreme Court’s decision to not delay the institute from starting work on the project to be built on land adjacent to Princeton Battlefield State Park. In a related decision issued in October, a state judge upheld the approval that the Princeton Planning Board gave the project in 2014. An appeal is planned.

The prominent academic institute — Albert Einstein worked there — says its plans will preserve the site’s natural surroundings and also respect its historic setting. It has declined detailed comment on its plans or when they might be completed.

But some excavation work started earlier this month on the seven-acre tract on Maxwell Field, which is seen by scholars and preservationists as hallowed ground.

Supporters of preservation say the tract is one of the most endangered historic sites in the nation, noting it’s where Washington’s successful charge helped raise morale and arguably saved the American Revolution. The site was never formally preserved before because the land was privately owned and the institute refused to sell when the park was being put together in the 1970s.

Federal officials long assumed that battlefield sites in private hands would keep their agriculture use, as no one envisioned the rampant growth that followed World War II. In the decades before that, battlefield preservation mostly focused on preserving small parcels around monuments and battlefield features such as fortifications and earthworks.

Experts also note that Revolutionary War battlefield sites were not well-documented, so researchers are still learning about the size and extent of these sites.

Bruce Afran, the attorney for the Princeton Battlefield Society, said that archaeological surveys show both British and American artillery shells scattered at the site in a pattern that shows the American advance and British retreat.

“What’s important about archaeology in this setting is it tells us what happened on that space. It tells us that space is really sacred because we know what happened there,” he said. “We found so much in terms of the layout of it that we now know the battle took place literally right there.”

The institute said it has tried to lessen the development’s impact on the Princeton Battlefield and address community concerns, noting it has obtained all the permits needed to begin construction of what it considers much-needed housing.

Officials with the private, independent institute — which is not affiliated with Princeton University — have said the housing would allow faculty members to spend more time on campus and encourage collaboration between them and visiting scholars. They have also noted that the development plan was spurred in part by a “steady decline in nearby housing options” for faculty members and that it provides a 200-foot buffer zone that will be permanently preserved as open space.

The institute said it was “looking forward to moving ahead” with the project.

Campi said institute officials have declined a request to meet with the group, and turned down an initial offer to buy the property. A new $4.5 million offer was recently extended, but it’s not clear if the institute will consider it.

“It’s obviously disappointing,” Campi said. “Accepting it would save them from a decision that will no doubt haunt them for decades: a world-renowned institution for advanced education destroying an unparalleled historical and educational resource.”