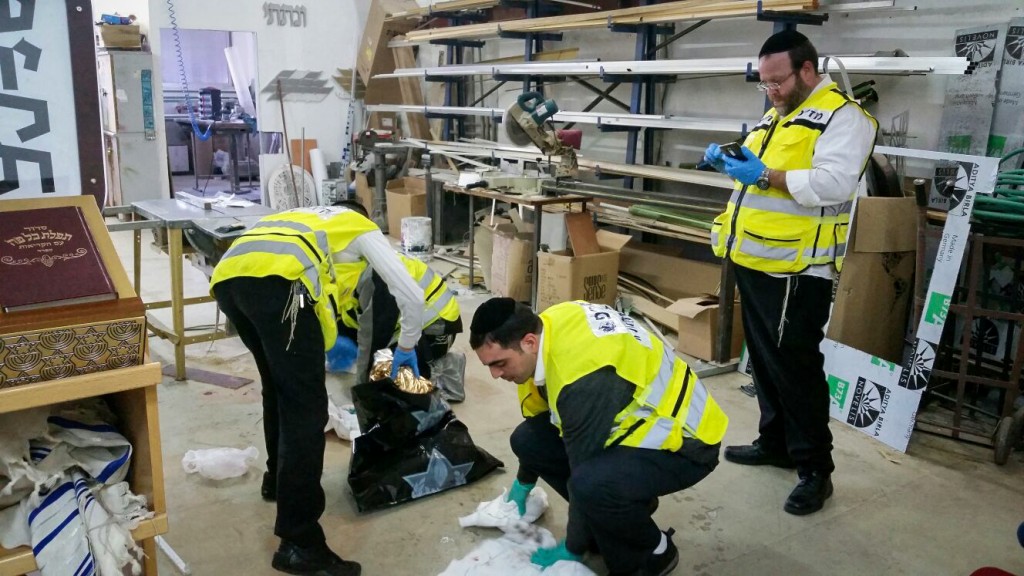 An indictment was issued Sunday against Riad Halil (al-Masalmah), 36, for carrying out the stabbing attack at the Beit Panorama office complex in Tel Aviv last month.  The attack took place in a religious articles factory that housed a small shul for the benefit of local workers. Thirty-two-year-old Aharon Yisayev of Holon, and 51-year-old Reuven Aviram of Ramle, Hy”d, were murdered in the attack.

Halil was charged with two counts of murder and three counts of attempted murder.

The two were killed when Halil tried to get into the shul just as a Minchah minyan was starting; stabbing the victims right outside the room. People inside the room barricaded the door for several long minutes as the terrorist attempted to enter the shul. Eventually, an individual with a gun managed to shoot the terrorist, wounding him moderately.

The indictment accuses Halil, a resident of the Palestinian Authority town of Dura, of abusing an entry permit into Israel proper, in order to facilitate the attack. Halil had been granted a permit for a 24 hour period on Nov. 15, in order to take care of “personal matters.” Ostensibly, Halil came to Beit Panorama to see his brother, who has a work permit and lives in the complex. According to the indictment, however, Halil allowed his entry permit to lapse, remained in the area, and carried out the terror attack several days later.

As a result of the stabbing, the Security Cabinet cancelled all work permits for Palestinians in the Chevron area. Tens of thousands of Palestinians hold work permits for employment in Israel, most of them for work in agriculture and construction, while thousands of others are granted special permits to visit relatives, doctors, et al. In light of this tragic case, the authorities are currently reexamining Israel’s permit policy.