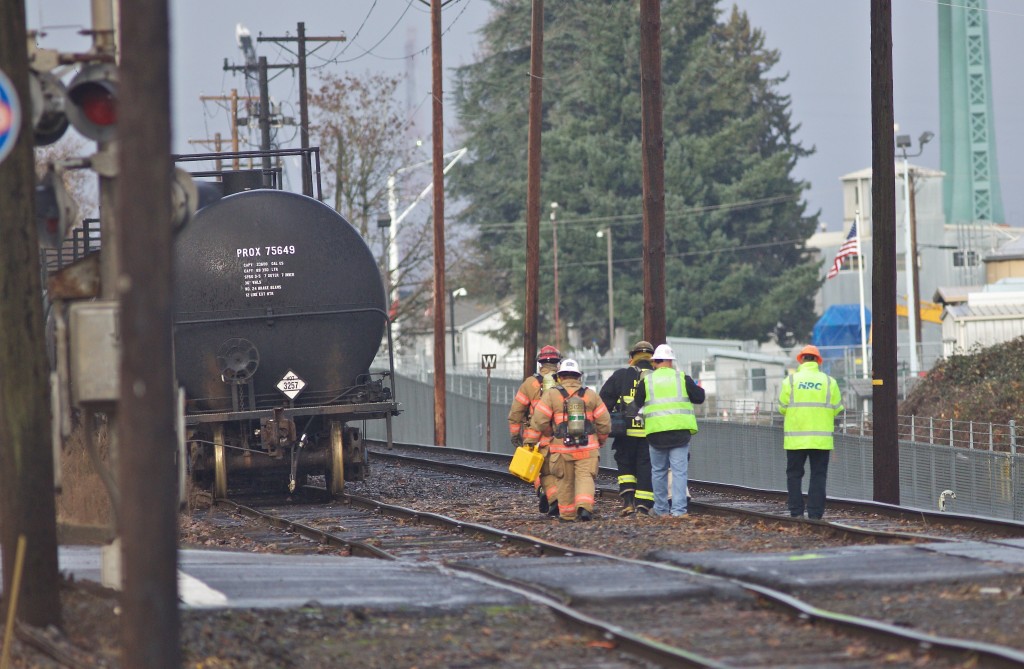 A semitrailer truck crashed on a roadway near a Portland railroad yard, sparking a railcar fire that sent up plumes of black smoke that were visible for miles.

Firefighters were called about 8:45 a.m. Sunday to the industrial area along U.S. 30 just south of the iconic St. Johns Bridge on the Willamette River.

Nearby businesses were evacuated, the highway was closed and a half-marathon race in the area was canceled, as crews responded to the blaze.

Portland Fire spokesman Terry Foster said the fire happened when a semitrailer truck crashed, causing fuel to leak underneath the parked train cars. The truck was carrying some sort of fuel product.