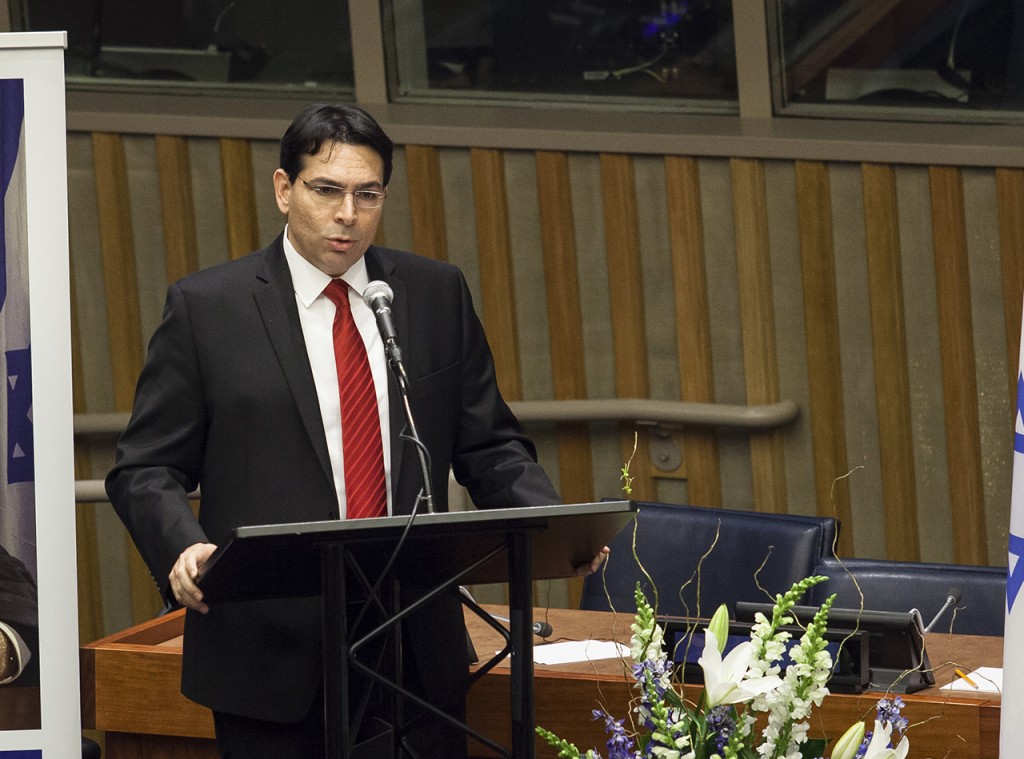 In an interview last week with The Jerusalem Post, two months after taking office as Israel’s ambassador to the U.N., Danny Danon discussed some of the burning issues in his new position.

Danon noted that there is “a public U.N. and a quiet U.N.”

“I have many meetings with ambassadors and officials and you see that privately, there is a lot of appreciation, I would even say admiration for Israel,” he explained.

However, he noted, the U.N. continues to exhibit a strong anti-Israel bias in public.

“There are many countries whose sole mission at the U.N. is to bash Israel,” he said. “We are fighting against hundreds of people who wake up in the morning and think,’ What can we do to bash Israel at the U.N.?’” Danon added.

He said that Israel was always at the center of discussions and that most reports coming out of the U.N. – regardless of the issue they relate to – contain a section about Israel.

Although he doesn’t believe the U.N.’s support of Israel will come “overnight,” Danon thinks it is important to look at the “moral quality” of those voting with Israel rather than the number of countries doing so.

Since the beginning of his term in the U.N., coinciding with the recent terror wave in Israel as Palestinian stabbing attacks and shootings reached a peak, Danon has been engaged in what he calls a “blame game” with his Palestinian counterpart, Riyad Mansour.

“He blamed Israel and I blamed him for the incitement, and he blamed us for ‘harvesting’ the terrorists’ bodies, then I blamed him for blood libel,” he detailed. “The blaming game will continue, but at the same time we have to create and generate activity that will show other sides of Israel.”

This month, Danon is the chairman of the Western European and Others Group at the U.N., and plans to use this position to illustrate Israel’s engagement at the U.N.

As the conflict with the Palestinians has been the focus of discussion at the General Assembly and at the Security Council, which held several sessions on the issue in recent weeks, Danon called upon Israel’s allies and “those who want to get involved” to stop supporting Palestinians in these forums.

“The more easy victories they will have in the U.N., the harder it will be to promote the negotiations,” he said to The Jerusalem Post. “For example, they had a celebration about raising their flag here. So what? It’s not helping the lives of the Palestinians and I think it’s actually doing the opposite.”

In the interview, Danon also said that the recent decision by the EU to allow products made in Jewish communities in Yehudah and Shomron to be labeled,  signifying that they were not made in Israel, was “unacceptable.”

In conclusion, Danon says he believes that by the end of his term at the U.N., “the way Israel is perceived will be different.

“We will not convince our enemies. The enemies will ignore the reality and they will continue to be full of hatred,” he said. “But I think we need to convince many countries in the middle and move them from the position where they are now to being fair and looking at the facts. It is not easy but I think it is possible.”