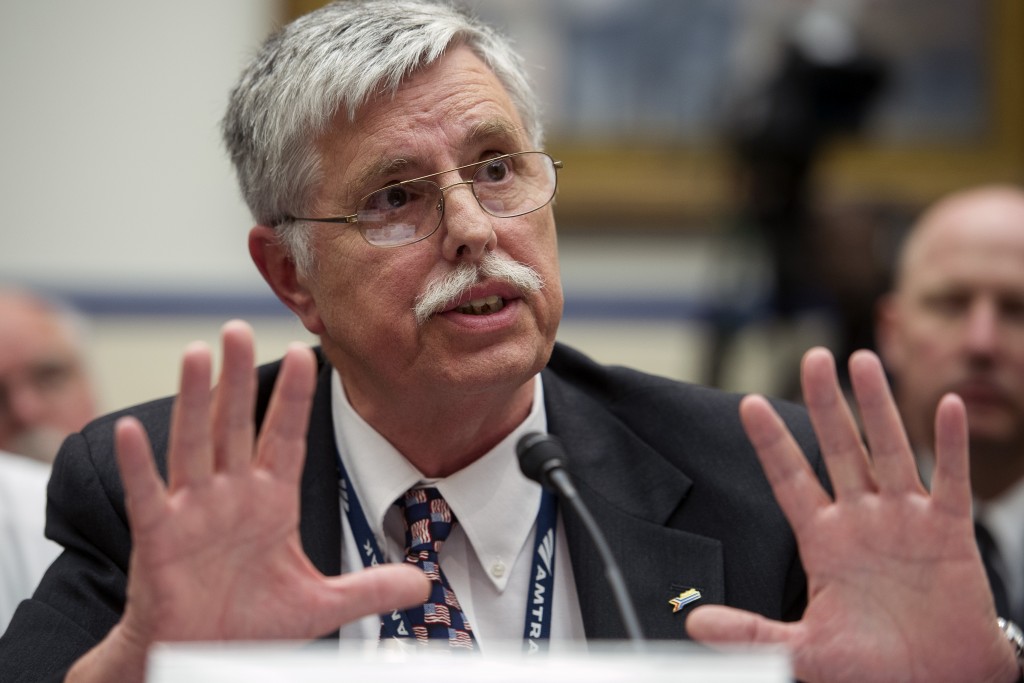 After almost eight tumultuous years at the helm, Amtrak President Joseph H. Boardman says he plans to step down from the job next September.

Boardman, 66, sent a letter to Amtrak workers this week saying he had informed Amtrak’s board of his intention to retire.

“When I look back at this time, I see so many accomplishments and so many changes we made to make America’s railroad a stronger, safer and a more important part of our nation’s transportation system,” Boardman said in the letter.

His years running the railroad coincided with the rise of a relatively small but vocal chorus on Capitol Hill that questioned whether a congressionally created but privately run passenger rail system should continue to receive massive federal subsidies. Amtrak will receive more than $8 billion in the next five years under the surface transportation bill signed into law last week

Last year, the railroad ran $227 million in the red.

Boardman and his lieutenants were regularly summoned to hearings to account for Amtrak’s perceived shortcomings.

Boardman was called back once more this year after an Amtrak train traveling at more than twice the speed limit derailed in Philadelphia, killing eight people and injuring more than 200, 11 of them critically.

Despite the acrimony of Mica and some others in Congress, Boardman generally was well received by most members, and surveys suggested the railroad was well regarded by the majority of its passengers.

“Joe Boardman is a good friend who had led Amtrak through difficult times and many changes,” said Rep. Jeff Denham, R-Calif., who chairs the House subcommittee on railroads. “He has been instrumental in writing many of the reforms recently signed into law. His hard work and dedication will be missed.”

The railroad operates more than 300 trains daily on 21,300 miles of track, reaching 46 states and three Canadian provinces. Outside of the corridor between Washington and Boston, most of the rail that it runs on belongs to freight railroad companies. Outside of the Northeast Corridor, most of its routes operated at a loss.

Boardman, who was raised on an upstate New York dairy farm, spent more than three years running the Federal Railroad Administration before taking the job with Amtrak. Prior to the FRA, he was commissioner of the New York State Department of Transportation.

“For those of you who know me, you know a decision like this is something that I spent a lot of time considering,” Boardman said in his letter to Amtrak employees. “Yet, I think in the railroad business, all of us know when it’s time to retire.”

He said that he gave the board almost 10 months’ notice of his planned departure to allow them time to find a successor.