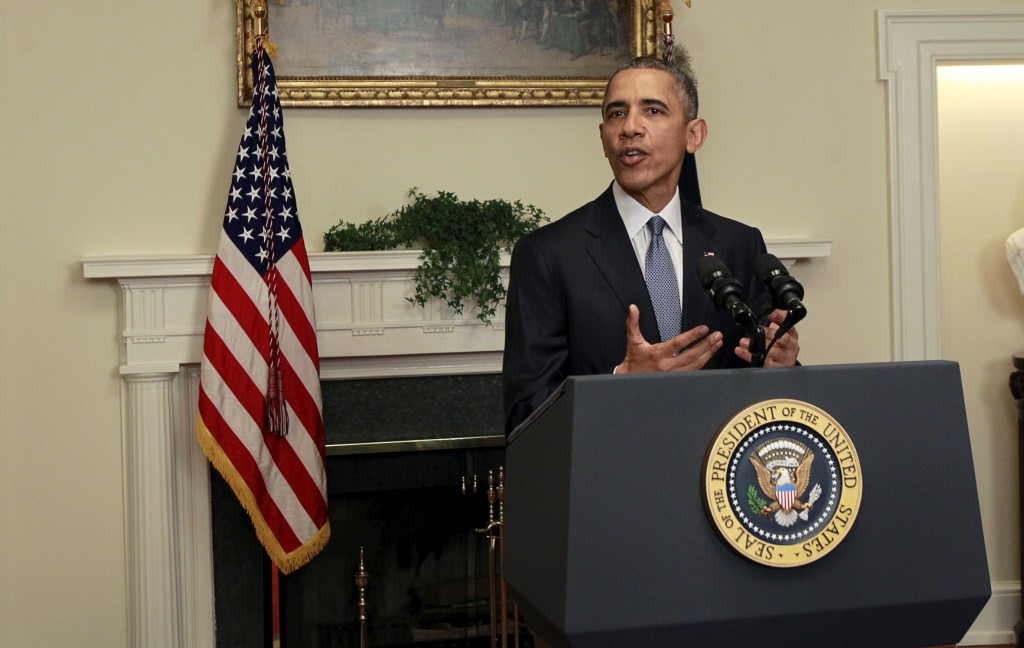 U.S. President Barack Obama hailed the landmark climate accord reached in Paris on Saturday as strong and historic, calling it the best chance to save the planet from the effects of global climate change.

“Today the American people can be proud because this historic agreement is a tribute to American leadership. Over the past seven years, we’ve transformed the United States into the global leader in fighting climate change,” Obama said.

He said the accord shows what is possible when the world stands as one, adding: “This agreement represents the best chance we have to save the one planet that we’ve got.”

Speaking at the White House hours after the deal was completed, Obama said that “no agreement is perfect, including this one,” and that negotiations that involve nearly 200 nations are always challenging.

“Even if all the initial targets set in Paris are met, we’ll only be part of the way there when it comes to reducing carbon from the atmosphere,” Obama added.

Obama has made combating global climate change a top priority of his presidency, but has encountered stiff resistance to his proposals from Republicans in Congress.

Republican Jim Inhofe, a global warming skeptic who heads the Senate Environment and Public Works Committee, said the climate deal was “no more significant to the United States” than the 1997 Kyoto Protocol, the last major climate deal.

Unlike the Kyoto pact, forged with Democratic President Bill Clinton in office, the Paris agreement will not be a fully legally binding treaty, which would almost certainly fail to pass in the U.S. Congress.

Clinton’s White House successor, George W. Bush, concluded that the Kyoto pact was giving big emerging economies such as China and India a free ride, and would cost U.S. jobs. Having signed the deal, Washington never ratified it.

“Senate leadership has already been outspoken in its positions that the United States is not legally bound to any agreement setting emissions targets or any financial commitment to it without approval by Congress,” Inhofe said.

Representative Raul Grijalva, the top Democrat on the House Committee on Natural Resources, urged quick action by the Republican-led Congress to fund and support the Paris accord.

“Too many people have spent their careers pretending that climate change is a hoax perpetrated by shadowy environmental groups,” Grijalva said. “The American public knows full well that that’s not the case.”