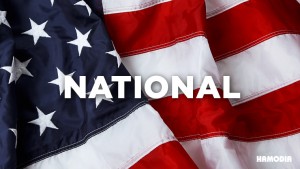 Thousands of shoppers were evacuated from malls in at least three states on Saturday as bomb threats or scares disrupted one of the busiest days of year for seasonal shopping.

The evacuations came at a time of heightened vigilance in public places across the country, a week after a husband and wife gunned down 14 people at a holiday party in San Bernardino, California, in what the FBI considers an act of terror.

An empty suitcase caused the evacuation of some 500 people Saturday morning at a handful of stores at the Largo Mall, an outdoor outlet mall near Tampa, Florida, authorities said.

Firefighters on scene for an unrelated call noticed the suitcase in a shopping cart near one of the stores in the strip mall and found it suspicious, according to a dispatcher at the Largo Police Department.

To the north, the Shops at Riverside, a two-story shopping mall in Hackensack, New Jersey, was evacuated after authorities learned of a bomb threat scrawled on the wall of a bathroom, according to the Bergen County Sheriff’s Department.

And in Farmington, New Mexico, the Animas Valley Mall was cleared out and closed while police searched the shopping center after a threat was found on a restroom wall, said Georgette Allen, public information officer for the Farmington Police Department.

All the stores were reopened after no bombs were found. But all lost valuable hours of shopping, on a day considered among the busiest shopping days of the year. The day marks the beginning of crunch time for brick-and-mortar stores as time begins to run out for buying gifts online for on time delivery.

Seasonal crowds mean police and mall management need to stay extra vigilant about threats, Allen said. Police are investigating the incident as well as a series of bomb threats on bathroom walls at local schools earlier this week, she said.

“We want to make sure that everyone is safe,” she said.

An evacuation like those that plagued the shopping centers on Saturday can seriously disrupt business when the stores are full from open to close, said Sera Waldron, an employee at the Largo Mall.

She said she was thankful that her store was far enough away from the suspicious suitcase that they did not have to close its doors, because the next two weeks are among the busiest of the year.

“It’s good that we didn’t get evacuated,” she said. “We’ve been packed all day. All the stores are.”

On social media, shoppers’ reactions ranged from anxiety to exasperation.

“Stay away from ALL the malls, and all my friends and family be safe!” one resident wrote on Twitter.