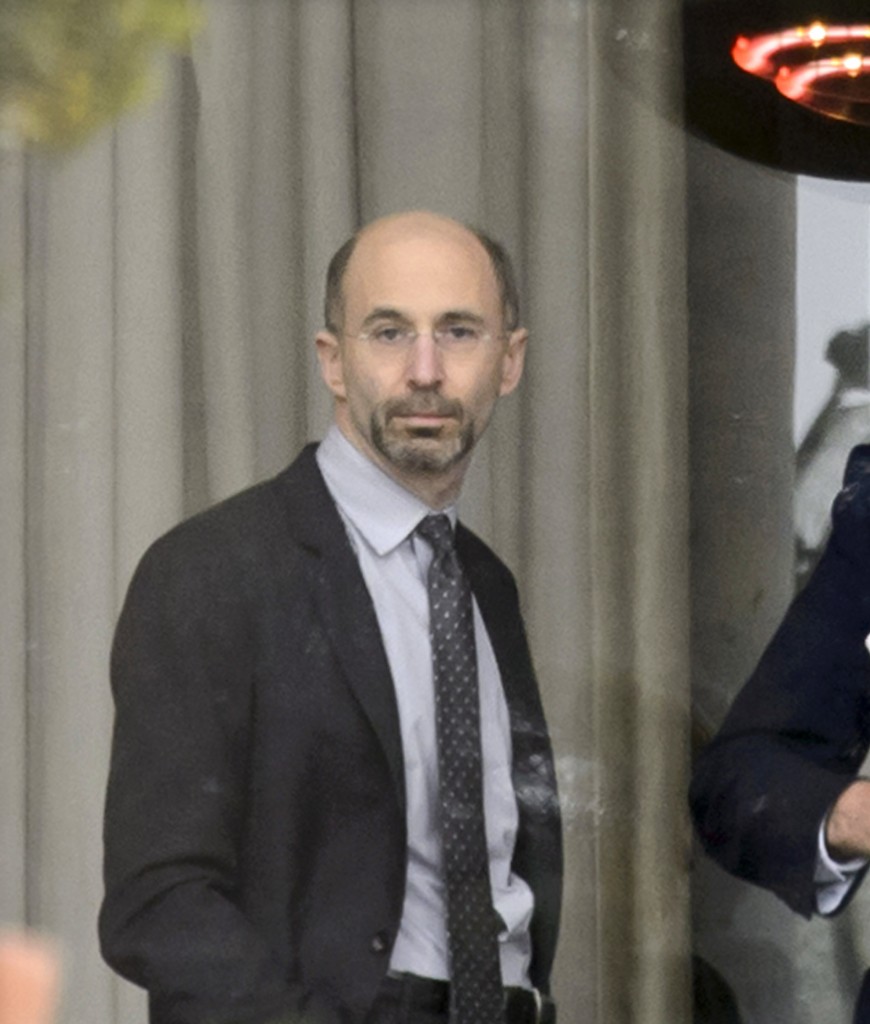 President Barack Obama’s new “ISIL czar,” Robert Malley, has a long and sometimes controversial history at the center of U.S. policymaking in the Middle East. He’s now taking on one of the toughest jobs in Washington: getting the struggling campaign against Islamic State terrorists on track while Obama refuses to entertain any wholesale strategy change.

Nearly 25 years after they were students together at Harvard Law School, Obama and Malley cross paths these days mostly in the Situation Room, where Malley’s role is to ensure that the countless U.S. agencies fighting IS work in tandem despite differing time zones, capabilities, even views about the conflict. At stake is an extremist threat that has started exporting violence from Syria and Iraq deep into the West, raising fears that the US is losing a battle that Obama concedes will still be raging when he leaves office.

Elevated to the role with little fanfare in late November, Malley’s appointment reflected an attempt to show that when it comes to IS, Obama wasn’t leaving anything to chance. The White House said Malley will serve as counterpart to Brett McGurk, the State Department official tasked with outreach to some five-dozen countries contributing to Obama’s coalition.

For Malley, the promotion completed an unusual return to the highest echelon of government, seven years after a political stir over revelations that he’d met with the Hamas terrorist group.

At the time, Malley was working for the International Crisis Group, a nonprofit that studies violent conflicts. The US considers Hamas a terrorist group, and amid the dust-up, Malley terminated his role as an informal adviser to Obama’s presidential campaign.

Malley said then that he’d never hidden the meetings, which he argued were appropriate for a researcher in his capacity. Still, the incident was one of many in Malley’s career that pointed to a willingness to engage with less-than-savory characters who — like it or not — are key players in conflicts the US hopes to resolve.

“Today the US does not talk to Iran, Syria, Hamas, the elected Palestinian government or Hizbullah,” Malley wrote in Time magazine in 2006. “The result has been a policy with all the appeal of a moral principle and all the effectiveness of a tired harangue.”

Whether Malley’s stance on engaging with questionable entities will influence Obama’s anti-IS campaign remains to be seen. Obama has steadfastly insisted that Syrian President Bashar Assad be excluded from any future Syrian government, even though many coalition partners say eliminating IS, not Assad, must be the priority. Another key issue in diplomatic talks to end Syria’s war is: which opposition groups should be deemed extremists and barred from negotiations.

“Rob has an appreciation for the need, if you’re going to make diplomacy succeed, to deal with the most important actors,” said Philip Gordon, a Council on Foreign Relations fellow who worked with Malley in the Obama White House.

Malley also raised eyebrows in 2001 with an article alleging that peace talks at Camp David failed not only because of then-Palestinian leader Yasser Arafat, but also Israeli Prime Minister Ehud Barak. Malley had been part of President Bill Clinton’s negotiating team, and his article challenged the prevailing opinion at the time that Arafat had spoiled the opportunity for peace.

Malley, 52, was born in New York but grew up partially in France, where his father — an Egyptian journalist born to a Jewish family — ran a magazine. He returned to the White House last year to oversee Mideast policy.

Critics continue to claim the US lacks a coherent strategy to defeat IS, and the White House hopes that designating a point-man will reinforce the notion that Obama does, in fact, have a plan. To that end, the White House planned on Friday to launch a social media account, through which Malley can update the public on the campaign.

Although Malley doesn’t officially hold the title of czar — the White House prefers the wonkier “senior adviser” — the title has informally stuck. Like the Ebola, drug and health care “czars” before him, his job description entails coordinating the various U.S. agencies playing a role.

“Rob’s not somebody who’s consumed with turf-battling, but he’s a very capable defender of his points of view,” said former Ambassador Thomas Pickering, who worked with Malley in the Clinton administration. “He’s not somebody who gets easily pushed around.”

While the Pentagon bombs targets in Iraq and Syria, the Treasury is working to cut off terrorist financing. The State Department is trying to broker a cease-fire in Syria’s civil war as a special envoy manages a 65-country coalition and the White House seeks to reassure an increasingly anxious American public.

When it comes to getting everyone on the same page, Obama’s administration has thus far been criticized for coming up short.

“I will tell you, am I satisfied with the level of integration? No,” Gen. Joseph Dunford, chairman of the Joint Chiefs of Staff, told Congress last week. He added: “We’re working on that.”