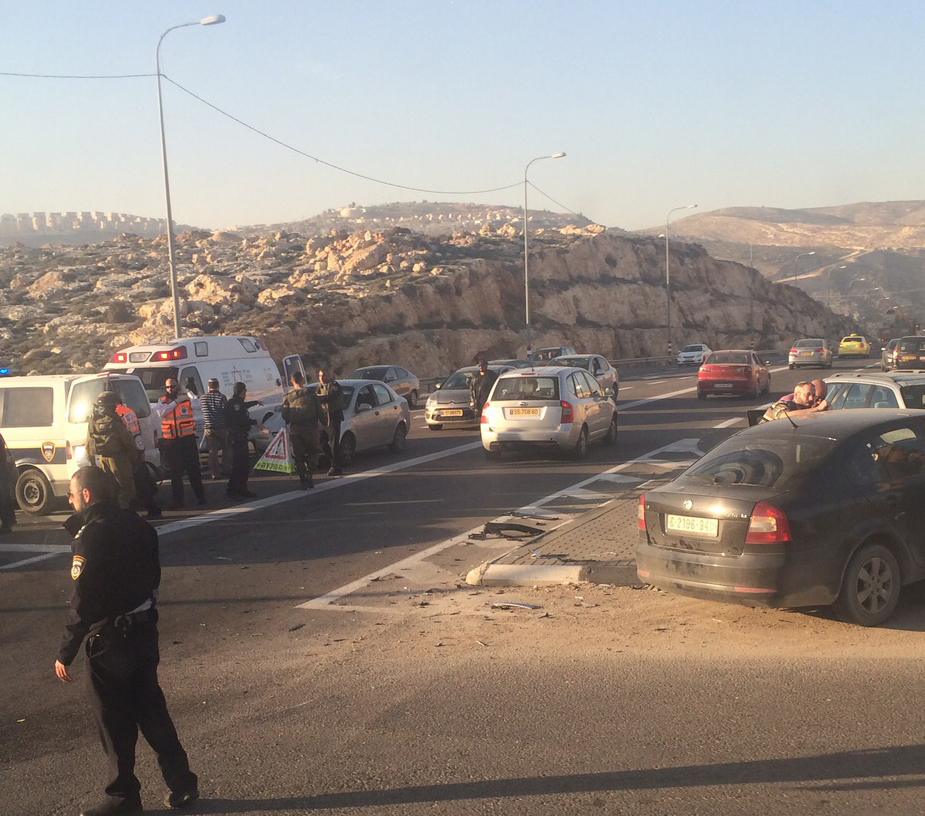 Security officials said Friday morning that they had captured the terrorist who ran down four IDF soldiers on Thursday afternoon in a car ramming attack near the western Shomron town of Beit Aryeh. One of the injured was in serious condition, while three were lightly to moderately injured. Doctors said that the injured soldiers showed significant improvement overnight.

The attack occurred near the Arab village of Luban, outside of Beit Aryeh, on Road 446, and the terrorist, Mahmoud Salam, 37, is a resident of Luban. After the attack he drove off, abandoning the car several kilometers away. The vehicle was found several hours later, and inside was an automatic weapon, officials said. Salam was found in the village after an all-night search by soldiers.

Late Thursday, IDF officials said that an infant that had been hurt by broken glass caused by a rock shattering the window of a vehicle she had been riding in was not the victim of a terror attack, as previously thought, but of a road mishap. Earlier reports had said that the six-month-old infant had been hurt by shards of glass caused when Arabs threw rocks at the vehicle she was riding in near Beitar Ilit, but officials later said that the rock had shattered the window after falling off a truck.