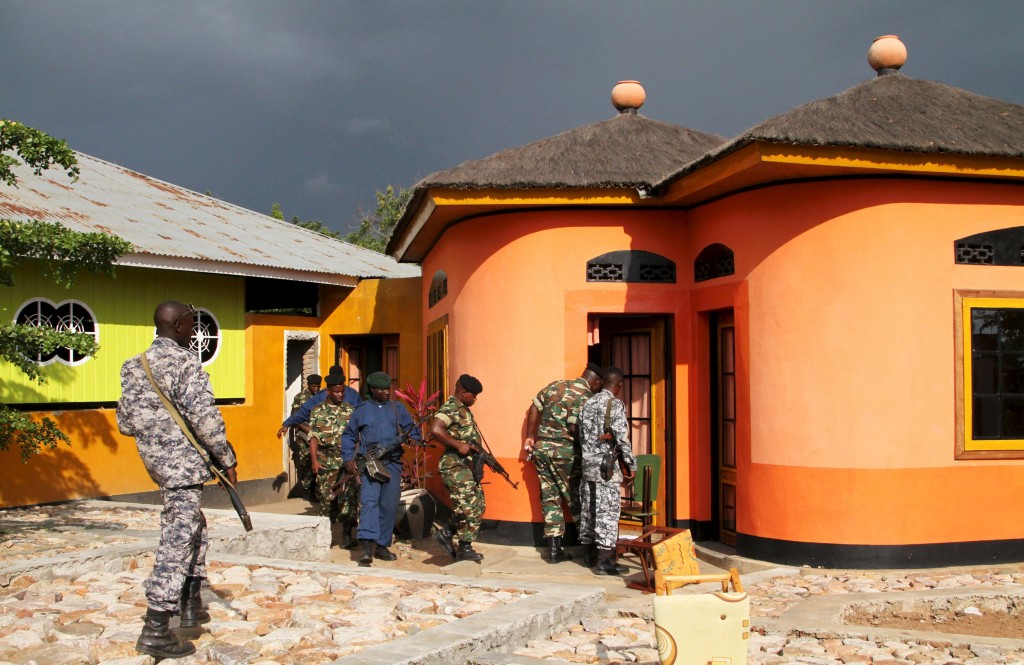 Military sources, who insisted on anonymity because they are not authorized to speak with the media, said that at least one army camp was attacked in the night. The fighting is apparently part of violence linked to President Pierre Nkurunziza having been elected to a third term, which many Burundians and foreign observers had opposed as unconstitutional and in violation of peace accords that ended a civil war in which 300,000 people were killed between 1993 and 2006.

Road blocks have been set up in part of the city, residents Karikurubu Pie and Jean de Dieu Rugira said.

Nkurunziza won elections in July for a third term. The Supreme Court ruled in favor of Nkurunziza who says he was entitled to another term because for his first term he was elected by parliament and not by popular mandate. The deputy president of the Supreme Court fled to exile in Rwanda before the ruling and said the court had been coerced to rule in favor of the president.

Nkurunziza’s push for a third term has triggered months of violence, including an abortive coup attempt. At least 240 people have been killed since April and about 215,000 others have fled to neighboring countries, according to the U.N.

Both opponents and supporters of the government have been killed in apparent revenge attacks.

Burundi has a history of deadly conflicts between the country’s Hutu and Tutsi ethnic groups. Nkurunziza took power in 2005 near the end of the war.