Politics Congress Heads Toward the Last Budget Battle of 2015
Politics 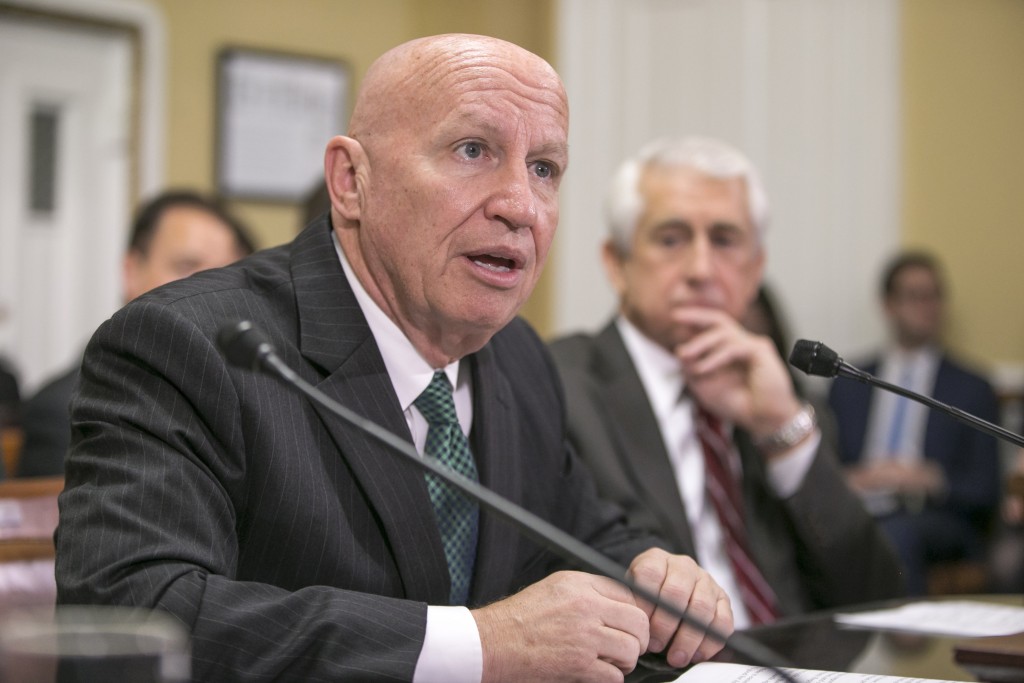 Congress is poised to pass a stopgap spending bill to avert a Friday shutdown and keep the government running five more days as a standoff intensifies over controversial add-ons included in the year-end budget deal.

Democrats are instead pushing to include their own priorities, including lifting a ban on federal gun violence research.

The Senate approved the stopgap measure Thursday, and the House is expected to pass it Friday, when funding officially runs out, buying a few more days for talks. The White House has signaled that it will sign the measure as long as it pushes the deadline back by only a few days to give lawmakers more time.

But House Speaker Paul D. Ryan, R-Wis., declined to commit to meeting the new deadline of Wednesday to pass a bill.

“We don’t want to rush legislation, especially big legislation like this omnibus appropriations,” Ryan said at a Thursday news briefing. “We’re trading offers. We’re talking to each other. We’re doing all of the things that you would do, the appropriators and the leaders, so that we can get to an agreement.”

Congress reached a budget accord in the fall, which set government spending levels through the remainder of the fiscal year and gave lawmakers until Friday to develop the funding bill.

But approving the details of the $1.1 trillion spending plan have fallen into a familiar pattern of brinkmanship as both parties use the must-pass measure to tack on policy priorities.

Complicating efforts is a separate battle to extend — or possibly make permanent — dozens of specialty tax breaks that are routinely approved at the end of each year.

The tax breaks cover a long list of constituent-pleasing write-offs — for teachers to deduct classroom expenses or NASCAR owners to develop race tracks — and touch industries across the nation, including film production. New this year are tax breaks for citrus and nut growers, as well as changes in the tax treatment of real estate investment trusts.

But Congress is also considering doing away with two Obamacare taxes, including the 40 percent tax on high-end health care plans that Democrats want to undo and another on medical-device manufacturers that Republicans have led efforts to repeal.

Making those and the other tax breaks permanent would be a sweeping compromise, a nearly $700 billion undertaking that appears increasingly difficult as negotiations drag before the holiday recess.

Democrats believe time is on their side, because Ryan, like former Speaker John A. Boehner, cannot rely on his majority Republicans to pass the spending bill. Most Republicans opposed the fall budget accord, which required House Minority Leader Nancy Pelosi to rally Democrats for passage.

With Ryan again needing Democratic votes, Pelosi is able to drive a hard bargain as negotiations enter the final stage. The San Francisco Democrats and Senate Minority Leader Harry Reid, D-Nev., see little reason to accept the GOP’s “poison pills,” and they are not only blocking Republican priorities but also pressing for their own goals.

“Let’s try to take this opportunity to say: ‘You want to pass a bill that has all of your priorities in it? Our priority is to remove the ban on research on gun violence,’” Pelosi said Thursday.

One area of common ground may be inclusion of a House-passed measure to restrict visa-free travel from European countries and some U.S. allies in Asia. The bill, brought in response to recent terrorist attacks in Paris and California, was approved overwhelmingly in the House and has support in the Senate.

Talks also seem to be coalescing around a plan to end the decades-old ban against U.S. oil exports, a GOP priority that Democrats may accept if their other goals are also met.