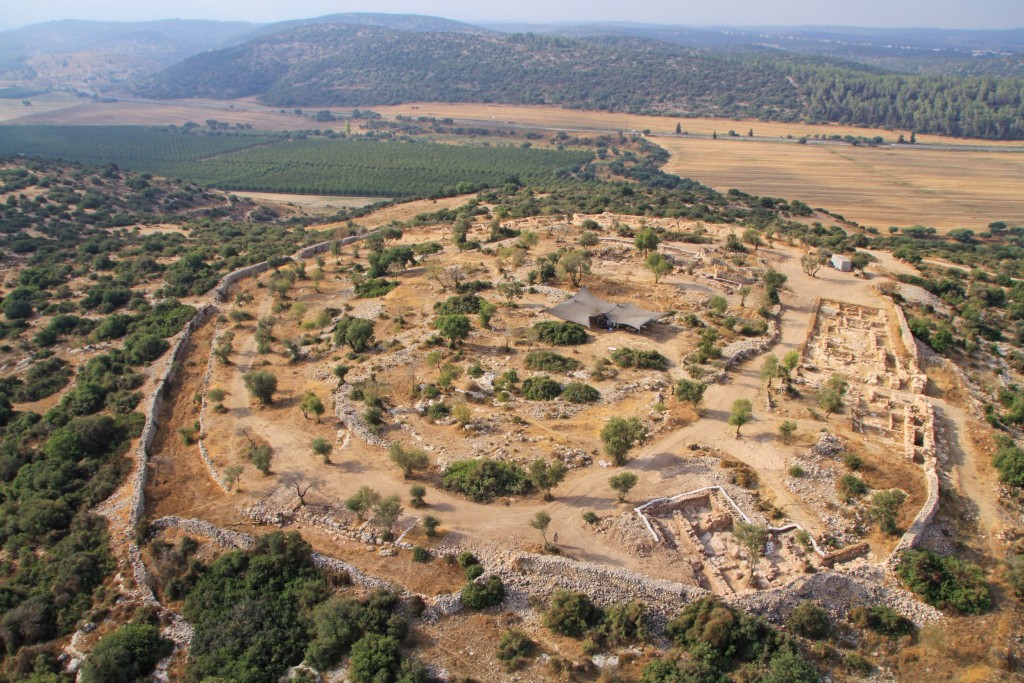 Beit Shemesh has decided not to build a new neighborhood of 1,200 housing units in the Elah Valley, next to a recently discovered archaeological site. The site, Khirbet Qeiyafa, includes a huge fortress that some archaeologists believe was used as a summer residence of David Hamelech.

The project, part of a much larger one that will expand Beit Shemesh in a southerly direction, is part of an overall plan that will see 15,000 new homes built there.

Khirbet Qeiyafa (Elah Fortress) was uncovered in 2007, during preconstruction preparation for the new neighborhood. The 6-acre compound is encircled by a 2,300-ft.- (700-meter-) long city wall constructed of stones weighing up to eight tons each. Numerous artifacts dating back to the Bayis Rishon period have been found, including a potsherd with Hebrew text quoting pesukim from the Torah. According to archaeologists, the potsherd is a copy of a message informing local officials that Shaul Hamelech had been installed as king. Other evidence appears to indicate that the compound is identical with Sha’arayim, a city that is associated with David Hamelech.

In any event, archaeologists agree that the find is an important one, and as a result, regulatory agencies changed the master plan to remove the area of the find from the new Beit Shemesh neighborhood and to annex it to the Elah Forest, a protected national site. The Beit Shemesh municipality filed a petition against this in 2014, saying that it woulds significantly hamper the execution of the entire master plan. “The plan constitutes an important landmark in providing housing solutions for Israel’s population,” the municipality said in its petition. “Moving ahead with the plan will enable us to preserve the unique character of the site and ensure continued growth.”

Continued construction was opposed by a coalition of local residents, archaeologists, and government agencies who urged that a national park be established at the site. The city, preferring not to take the matter to court, announced this week it was dropping opposition to the changes. It has not announced whether it would file another plan to build the homes elsewhere.