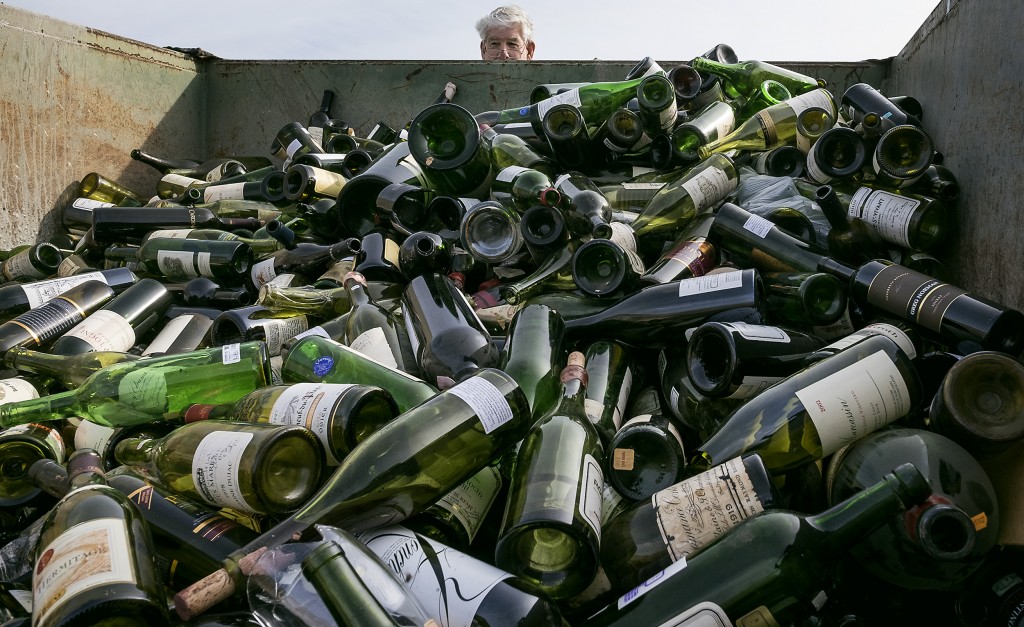 About 500 bottles of counterfeit wine have been destroyed in Texas in a case linked to a California dealer who mixed cheap vintages and sold them for millions of dollars.

In 2013, Rudy Kurniawan was convicted of mail and wire fraud in federal court in New York. He was sentenced to 10 years in prison, ordered to forfeit $20 million and must make nearly $25 million in restitution.

Investigators say Kurniawan mixed wines in his kitchen, poured the concoctions into old bottles with fake vintage labels and sold the items to collectors.

The U.S. Marshals Service has a warehouse in Texas where the seized counterfeit wine was transported. Regulators on Thursday oversaw destruction of the bottles for recycling at a facility near Austin. The would-be wine was dumped over mulch.