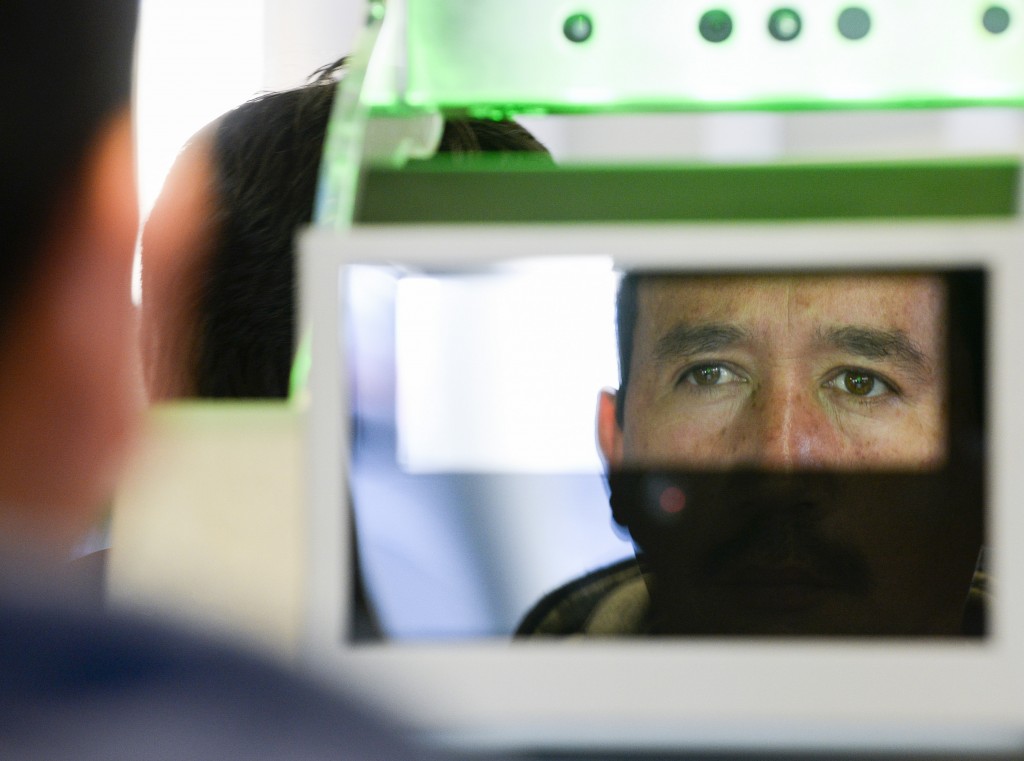 Nearly half of the people living in the U.S. illegally are believed to have entered the country legally and stayed on expired visas. To combat the problem, the federal government on Thursday is launching one of its most ambitious efforts to track them.

U.S. Customs and Border Protection will begin capturing facial and eye scans of foreigners entering the country at San Diego’s Otay Mesa port of entry on foot. By February, foreigners going to Mexico on foot through the checkpoint will get scanned.

The trial run, which lasts through the end of June, will help determine if authorities expand biometric screening to foreigners at all land crossings on the 1,954-mileborder with Mexico. Authorities will look at the accuracy of the cameras.

For more than two decades, Congress has demanded biometric screening such as fingerprints, facial images or eye scans from people leaving the country, but the task has presented enormous financial and logistical challenges. There is no checkout system at land crossings.

Marc Rosenblum, deputy director of U.S. immigration policy at the Migration Policy Institute, said the attempt to capture biometrics from people leaving the country would fix “the biggest deficiency in the whole system.”

“It’s a huge deal,” Rosenblum said. “What they likely hope is this could be a fast exit check that won’t be terribly expensive or time-consuming to implement.”

Biometric screening has raised objections from privacy advocates who worry that authorities may misuse the information or make it vulnerable to identity theft. It also has raised concerns among businesses and travelers who fear bottlenecks at already congested land crossings.

“We have historically controlled our borders coming in but not out,” said Jim Williams, a former Department of Homeland Security official who oversaw efforts to introduce biometric screening at border crossings from 2003 to 2006. “It’s been a lack of infrastructure and lack of investment.”

A 2006 study by the Pew Hispanic Center estimated that between 40 percent and 50 percent of people in the country illegally overstayed their visas — a figure that is widely accepted by immigration experts but notoriously difficult to pin down.

Otay Mesa was the nation’s fourth-busiest border crossing last year, with 14.8 million motorists and pedestrians entering the country there from Tijuana, Mexico.