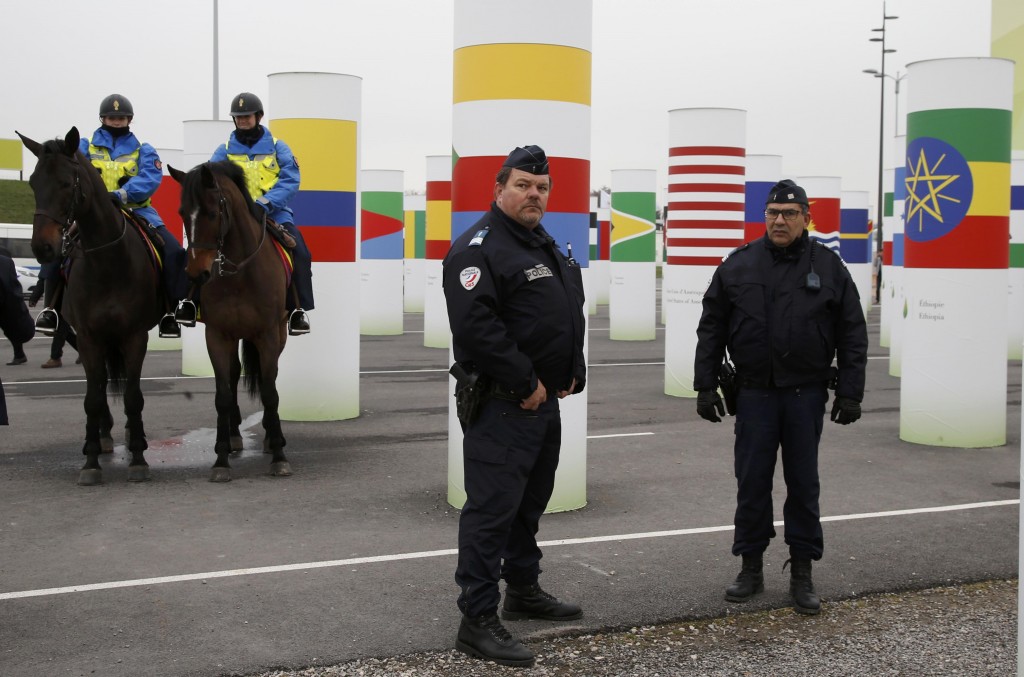 Sleep-deprived and increasingly tense, diplomats and climate negotiators outside Paris struggled Thursday to narrow down a 29-page draft of an unprecedented deal to tackle climate change — but countries remained at odds on critical issues a day before the organizers’ deadline for an agreement.

U.S. Secretary of State John Kerry reached out to two major developing nations — Brazil and India — and is expected to meet other negotiators as the Obama administration works for a deal that reflects its concerns about global warming but doesn’t require congressional approval.

Climate negotiations continued until about 5 a.m. Thursday local time, before resuming midmorning, and a new draft accord is expected to be released sometime during the day, a French diplomat said. He spoke on condition of anonymity because he wasn’t authorized to speak publicly about the negotiations.

The draft released Wednesday left major issues unresolved, including the long-term goal of an eventual accord, and which countries should pay to help the most vulnerable nations cope with global warming.

The French organizers of the two-week talks want a final agreement by Friday night, though U.N. climate conferences rarely end on time.

This time is different from past talks, because the French organizers pushed countries to set their own emissions targets before the Paris conference, and the US and China, who have clashed over climate in the past, bridged key differences earlier this year.

Another thing different this time is the scale of the proposed deal: Ministers from more than 190 countries are trying to craft the first climate accord asking all nations to reduce or slow their emissions. The previous agreement, the 1997 Kyoto Protocol, required only rich countries to do so.

“The outlook is positive, but there is still a lot of work to be done,” said Elina Bardram, head of the EU climate delegation. The draft is “still too heavy.”

Chinese negotiator Gao Feng was one of many suggesting the talks won’t finish on time. “Friday or maybe Saturday, I think we will get it.”

Kerry was holding talks at the Le Bourget conference site with the environment ministers of Brazil and India, according to the U.S. State Department. Brazil and India are among the biggest nations demanding that richer countries pay and do more to reduce carbon emissions.

One unresolved question for the deal is its long-term goal for fossil fuels — oil, coal and gas — that are the source of most man-made emissions and provide most of the world’s energy today. Replacing them with renewable sources like wind and solar power requires big investments, which poor countries say they can’t afford without help.

The document doesn’t settle the sensitive question of whether advanced developing countries such as China and oil-rich Arab nations should join industrialized countries in providing financial aid.