Israel PM to Tarabin: ‘We Promised to Bring You Home, and We Did’
Israel 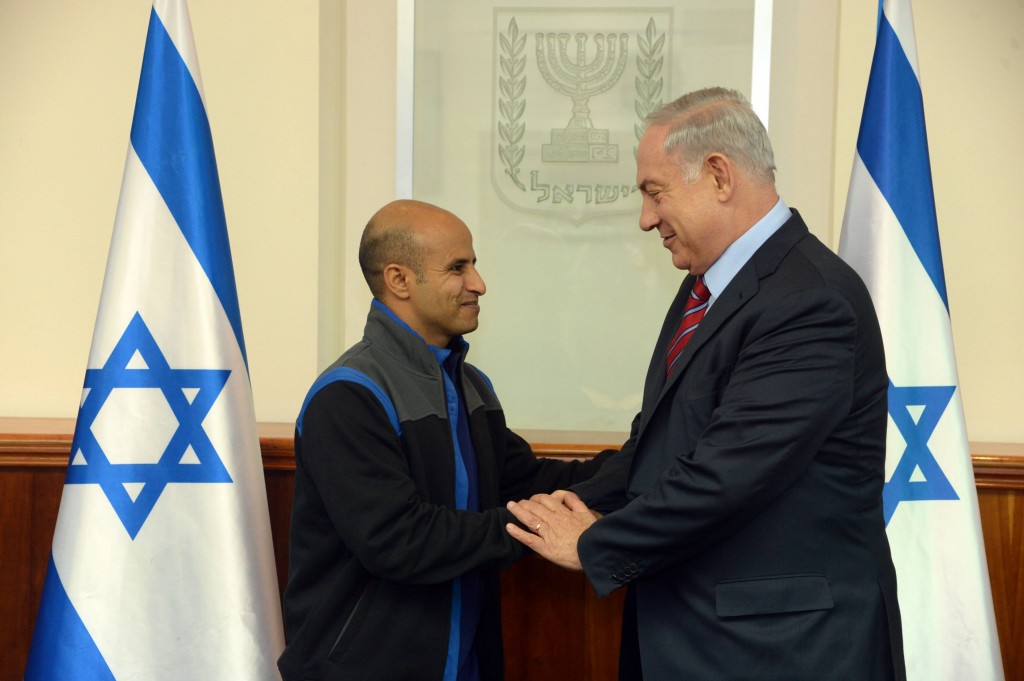 Israel’s political establishment expressed satisfaction over the release of Ouda Tarabin, the Israeli Bedouin who was imprisoned in an Egyptian jail for 15 years on charges of spying for Israel. Tarabin, who was released Thursday morning, met Prime Minister Binyamin Netanyahu at his office Thursday afternoon. Netanyahu told Tarabin that Israel had “promised to free you, and we did so.”

“We had many long talks with the Egyptians over the years to bring you home,” Netanyahu told Tarabin. “We are very happy to have you home, at long last.”

Tarabin was arrested on charges of spying, although Egypt never specified what lay behind those charges. Several times in the past, he had crossed the border into Sinai to meet relatives – a practice that security officials said was common among Negev Bedouin – and was tried in absentia in Egypt after one such trip. When he returned in 2000, he was arrested and imprisoned.

Negotiations, or rumors thereof, persisted throughout the years, with Tarabin’s case making occasional headlines. Likud MK Ayoub Kara, currently deputy minister for regional affairs, took a special interest in the case, maintaining contact with the family throughout the period of his imprisonment. “I had promised the family that he would come home, and I am happy that promise has been kept,” Kara said. “It was difficult facing the family each time, telling them I had no news, and last week when we found out about the release, we were all overjoyed.”

As Tarabin was released, Israel set free two Egyptians that had been arrested on security charges. The government said there had been no quid pro quo on the releases.

Tarabin was set to go home for the first time in 15 years Thursday night, but Israel Radio correspondents said that “very few people have come out to greet him. Tarabin apparently has the reputation of being a ‘collaborator,’ one who was working with the government, and many people are avoiding him because of this.”

Upon arriving home, Tarabin thanked the government and the various prime ministers who had sought his release. When asked what he had missed the most, he answered, “My mother.”