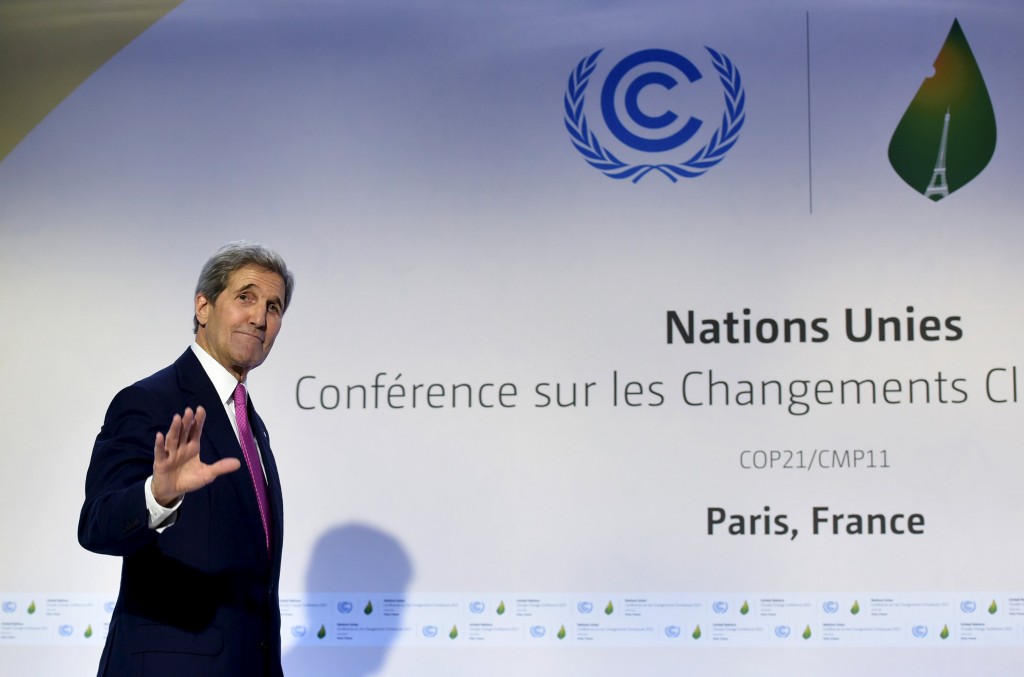 U.S. Secretary of State John Kerry said on Thursday that Saudi-led talks to try to unite Syria’s opposition groups had made progress.

“The meeting in Saudi Arabia appears to be very constructive at this point … but I think everybody is moving in the direction that they want to rapidly get to a political process,” Kerry said on the sidelines of climate talks in Paris.

“So we made progress but we have some tough issues to get over,” he said. A possible Dec. 18 meeting on Syria in New York was “not locked in yet” and sides were awaiting the outcome of the Saudi talks, he added.