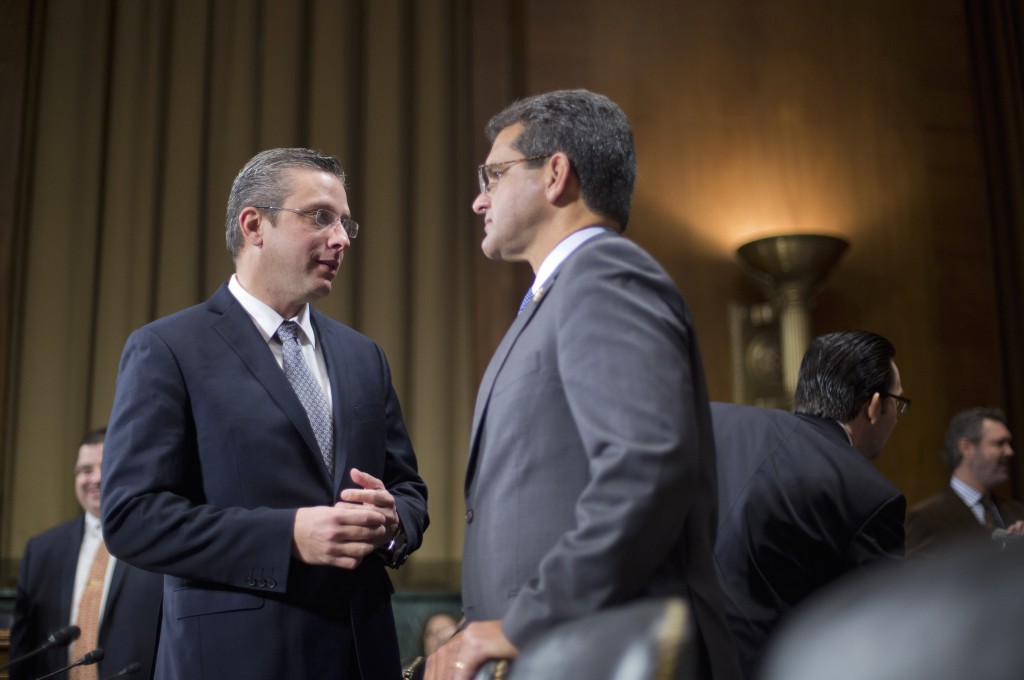 Puerto Rico’s governor said Wednesday that it’s probable the U.S. territory will be unable to make more upcoming debt payments because it has no more money amid a worsening economic crisis.

Gov. Alejandro Garcia Padilla spoke during a trip to Washington to meet with Republican legislators and others before a vote by Congress that might include a provision giving Puerto Rican public agencies access to Chapter 9 bankruptcy provisions.

Puerto Rico faces more than $900 million in bond payments in January, including a $357 million general obligation bond payment due Jan. 1. It would be the island’s first major default if the payment is not made. Puerto Rico’s Public Finance Corporation already missed a $58 million bond payment in August.

“If I have to choose on Jan. 1 between paying the salary of Puerto Rican workers or paying bondholders, I will pay the Puerto Ricans,” Garcia said. “It’s that simple. They will have to go to court to force me to do the opposite.”

Garcia did not directly answer a question about whether the government could make the Jan. 1 payment if Congress approved the bankruptcy measure. He said only that it would give Puerto Rico flexibility in talking with creditors about how to make upcoming payments.

Puerto Rico recently made a $354 million bond payment even though officials said they were running out of money and warned of a possible government shutdown. Some investors have accused Garcia’s administration of exaggerating the financial crisis to evade payment.

Antonio Weiss, counselor to the U.S. Treasury secretary, urged Congress on Wednesday to approve a package that includes a debt-restructuring mechanism for Puerto Rico. He said basic services on the island have not been cut yet in part because the government has deferred payment of $300 million in tax refunds and borrowed $400 million in emergency loans.

On Wednesday, the Republican chairmen of the Senate Judiciary, Finance and Energy committees introduced a bill that calls in part for the creation of an authority that would oversee Puerto Rico’s finances and could offer up to $3 billion in repurposed funds.

Senator Orrin Hatch, R-Utah, said they drew up the legislation using the limited information they had.

“Despite repeated attempts by Congress to clarify how the interplay between federal tax, health care and pension policies affect the territory’s economy, we have been unable to receive audited financial statements from Puerto Rico or adequate information from federal health officials,” he said.

The U.S. Supreme Court announced last week that it would hear an appeal on a ruling that barred Puerto Rico from giving municipalities the power to declare bankruptcy.