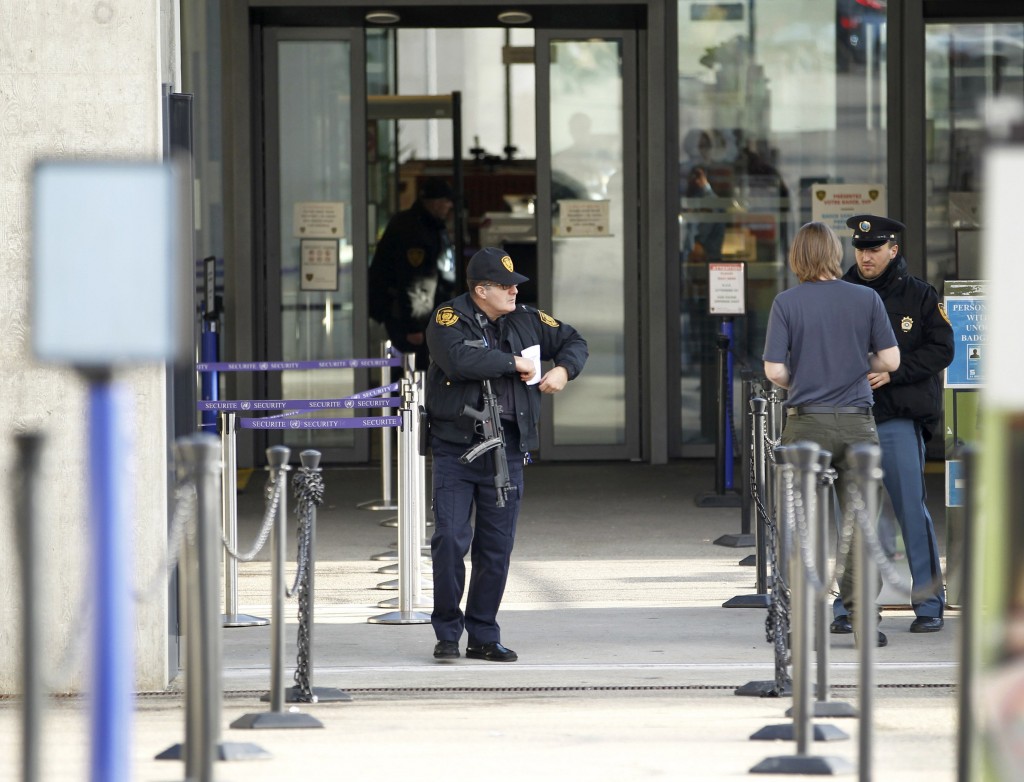 A security guard at the United Nations in Geneva told Reuters Swiss authorities were searching for four people believed to be in the city, which is close to the French border, or nearby. Another guard said the U.N. compound was on maximum alert.

“In the framework of investigations carried out following the Paris attacks, at the international and national level, Geneva police and their partners are actively looking for people whose description has been provided by the Swiss Confederation,” the Geneva department of security said in a statement.

Shooting and bomb attacks claimed by Islamic State killed 130 people in Paris on Nov. 13. Police in several European countries are still searching for individuals believed to have been involved in the attacks or in their planning.

It was not immediately clear from the Geneva statement, however, whether the suspects were directly linked to the Paris attacks. A Geneva spokeswoman said she had no further comment

U.N. security guards in Geneva, the European headquarters of the world body, were stationed with MP5 sub-machine guns at entry points for cars, a highly unusual measure at the sprawling complex near the French border.

“It is maximum alert,” a second U.N. guard told Reuters.

Swiss and French officials say they have been working closely together since the Paris attacks.