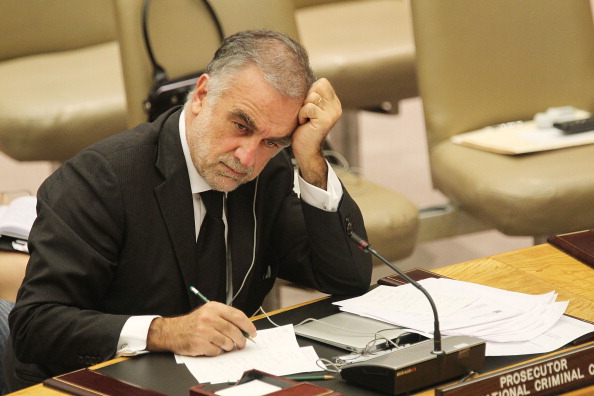 Moreno-Ocampo, who continues to be an influential figure in matters of international law, told The Jerusalem Post that in cases where the High Court has determined that a given town or outpost was legal, it would be difficult to prove criminal intent.

He did not go so far as to say that the communities were legal under international law, but “at least they could show no intention” to commit a crime if, based on a High Court ruling, they believed that their residence Yehudah and Shomron was within the law.

Although the Court’s decisions to take down certain outposts has generated intense controversy and protest, in most cases the judges have affirmed the legality of the structures, pending the final disposition of lands under a peace agreement with the Palestinians.

Moreno-Ocampo urged Israel to make its case for the legality of the Jewish presence in Yehudah and Shomron as vigorously as possible while the issue remains unsettled in international law. Producing “twenty books on the subject” could have a significant impact on the debate and ultimately the ICC’s decisions, he said.

Regarding his successor, Fatou Bensouda, an international law expert originally from The Gambia, Moreno-Ocampo said that she will not be a mere puppet of the UN General Assembly, which oversees the ICC.

“The UN General Assembly cannot force the prosecutor about how she interprets crimes,” and is free to decide that these are not war crimes even if Israel would lose a vote on it in the General Assembly.

Other possible war crimes charges, such as against the IDF over the 2014 Gaza war, that would be taken up by the ICC are likewise “unprecedented and highly complicated.”

He explained, “until now, all cases before the ICC were very simple – massive attacks against civilians in places like Sudan, genocides, burning houses with civilians inside.”

But the Gaza war presents a raft of new legal issues to grapple with.

“What legal standards are we going to use – are we going to use international humanitarian law to define duties or are we also including human rights law, which is more demanding,” in its standards for how far armies need to go to protect civilians from the opposing side during fighting, asked Moreno-Ocampo.