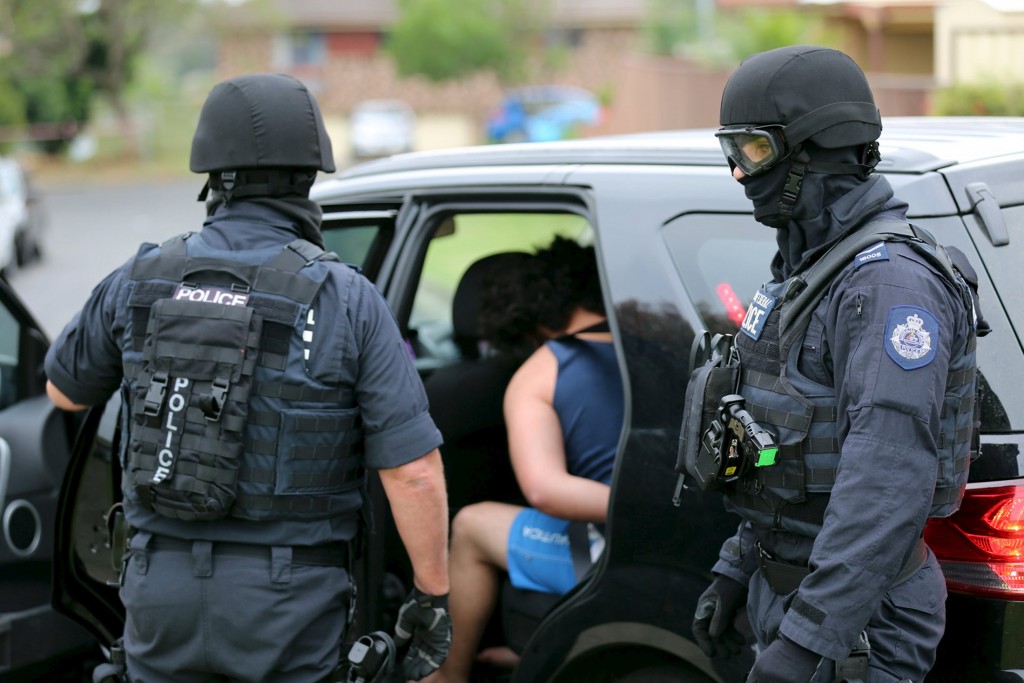 Australian police said they had charged a 20-year-old man and a 15-year-old boy with conspiracy to attack government buildings after they were arrested during early-morning raids by counterterrorism police in Sydney on Thursday.

Police told a news conference that the potential targets of the plot included the headquarters of the Australian Federal Police in Sydney, Australia’s largest city, as well as randomly chosen civilians.

The arrests on Thursday resulted partly from evidence seized during police raids in December 2014, a police statement said.

Three other men, all of them already in custody on terrorism-related offenses, were also charged later on Thursday as part of the same operation.

Each of the men – aged 21, 22 and 22 – had been charged with one count of conspiracy to conduct an act in preparation for a terrorist act, the same charges leveled against the two seized in the raids earlier, police said.

The men arrested on Thursday had been involved in “formulating documents connected with preparations to facilitate, assist or engage a person to undertake a terrorist act,” it said.

Australia, a staunch ally of the United States and its battle against Islamist terrorists in Iraq and Syria, has been on heightened alert for attacks by homegrown radicals since last year.

“It is disturbing that we continue to deal with teenaged children in this environment,” New South Wales State Police Deputy Commissioner Catherine Burn said.

“To be putting a 15-year-old before the courts on very serious charges that carry a maximum penalty of life imprisonment demonstrates the difficulties law enforcement face,” she said.

In September 2014, police shot dead a teenager in the city of Melbourne after he stabbed two counterterrorism officers. Three months later, two hostages were killed when police stormed a central Sydney cafe to end a 17-hour siege by a lone gunman, who was also killed.

A 15-year-old boy shot and killed accountant Curtis Cheng at police headquarters in the Sydney suburb of Parramatta in October and was then killed in a gunfight with police outside the building.