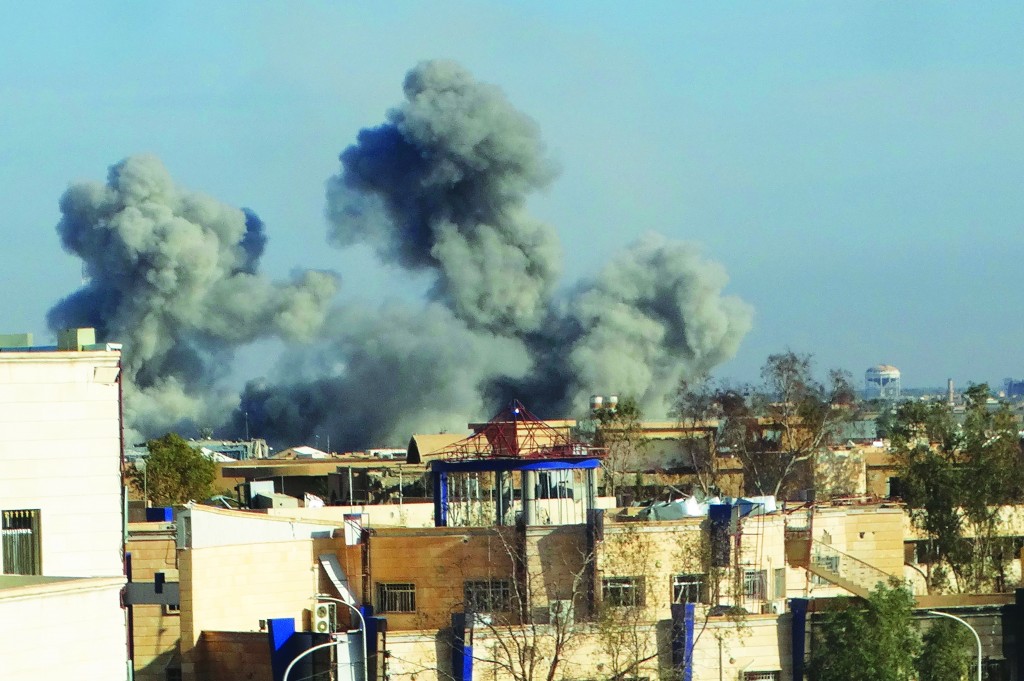 In a steady escalation of the fight against Islamic State terrorists, the U.S. military stands ready to send more American personnel and attack helicopters to Iraq, especially to help retake a key city seized by the terrorists, Defense Secretary Ash Carter said Wednesday.

In recent days, Iraqi forces advanced on Ramadi, the provincial capital of Anbar province, retaking a military operations center and a neighborhood on the outskirts of the city in western Iraq.

“The United States is prepared to assist the Iraqi army with additional unique capabilities to help them finish the job, including attack helicopters and accompanying advisers” if circumstances dictate the extra assistance, and if requested by Iraqi Prime Minister Haider al-Abadi, Carter told the Senate Armed Services Committee.

Carter outlined the steps as the Obama administration faces criticism from both Republicans and Democrats about its strategy to defeat the IS terrorists, reflecting a nation’s growing fears about the threat of terrorism. It was the first time that Carter has testified before the committee since IS claimed responsibility for bombing a Russian airliner, attacks in Beirut and Paris, and the deadly shooting in San Bernardino, California, by a self-radicalized couple.

Carter said that during the past several months, the U.S.-led coalition fighting IS in Iraq and Syria has provided specialized training and equipment, including combat engineering assistance such as bulldozing, and munitions such as AT-4 shoulder-fired missiles to stop truck bombs, to the Iraqi army and counter-terrorism service units entering Ramadi neighborhoods from multiple directions.

He predicted tough fighting ahead, but said the Iraqi forces have shown resilience when faced with counter-attacks from IS.

Sen. John McCain (R-Ariz.), chairman of the committee, advocated for more U.S. troops to be sent to stem IS momentum. “There are 20,000 to 30,000 of them. They are not giants. Somebody is going to have to convince me that air power alone” is going to do the job, McCain said.

McCain acknowledged tactical progress, but said “we are not winning this war” and “time is not on our side.”

At the current pace, he said U.S. commanders estimate that IS will still control Mosul in Iraq at the end of next year. In Syria, IS will not be destroyed until Raqqa, the capital of their so-called caliphate, is recaptured, he said. “But there’s still no ground force that is both willing and able to retake Raqqa, nor is there a realistic prospect of one emerging soon,” McCain said.