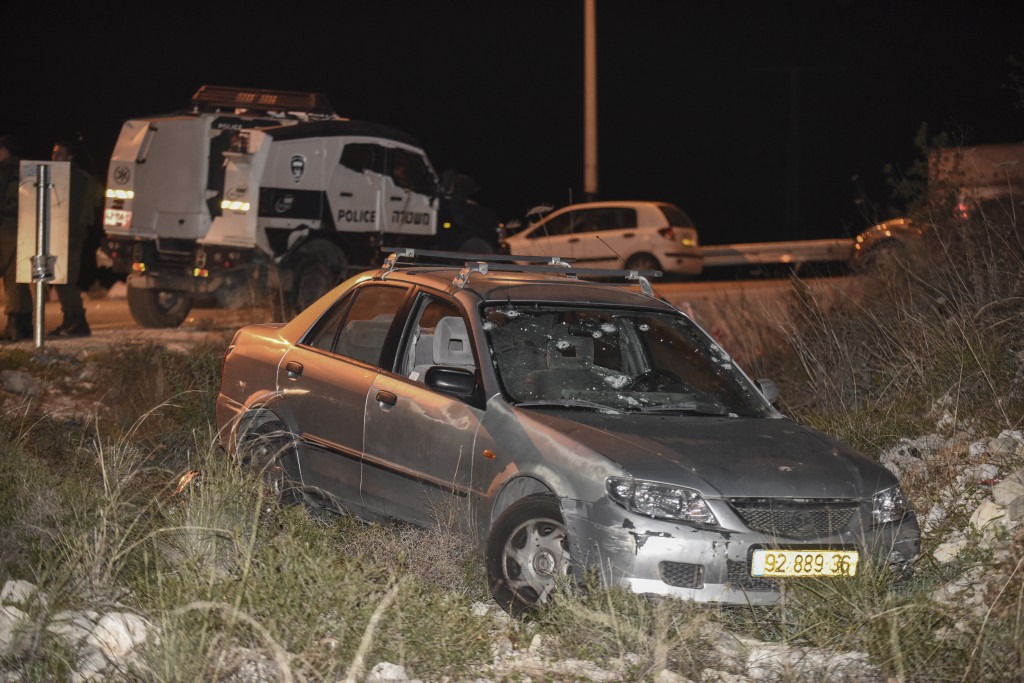 An Israeli couple was ambushed in a drive-by shooting attack on Wednesday evening, as they traveled in their car from Avnei Cherfetz to Einav at the Haorev Junction in Shomron. The incident occurred on a road that was recently opened to Palestinian traffic.

Paramedics who rushed to the scene reported that a 62-year-old man, Shaul Nir, was moderately-to-seriously injured with head wounds. His wife, Rachel, also in her sixties, was moderately hurt.

Shaul Nir, a well-known figure in Yehuda and Shomron ,was  a head of the Jewish Underground. His son-in-law, Nati Ozeri, was killed in a previous terror attack.

Forensic experts recovered 23 bullets that had been fired from an automatic rifle at the Israeli vehicle by the terrorists.

Initial reports indicated that the shooting was perpetrated by Palestinian terrorists, and a large contingent of security personnel was  dispatched to the scene and engaged in a search for the terrorists.

The vehicle carrying the attackers left in the direction of Tulkarem. Roads in the area were closed to traffic to bar escape routes.

Local Hatzalah medic Mati Golan recounted, “When I arrived at the scene together with other Hatzalah volunteers from Avnei Chefetz, we encountered a semi-conscious man and a conscious woman suffering from gunshot wounds after being hit by bullets fired at their car.”

“After initial medical treatment and with the help of army medics, they were evacuated to the hospital.” The woman was taken to Meir Hospital in Kfar Saba, and her husband to Beilinson in Petach Tikva.