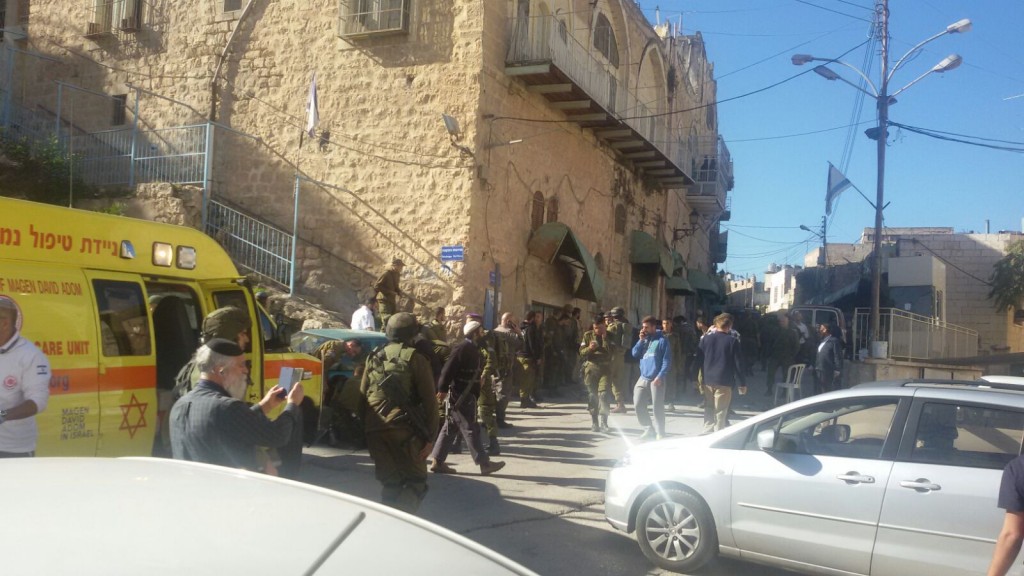 Two Israelis, both in their 20s, were injured in a stabbing terror attack in Chevron Wednesday afternoon. The attack occurred at Beit Hadassah, in the Jewish area of the city. The Palestinian terrorist was shot and killed.

A statement from the IDF said the Palestinian attacked the victims during a routine security check in Chevron.

One of the victims was lightly injured, and the other – an IDF soldier – was moderately injured in the attack. Both were treated on-site, then later transported to the Shaarei Zedek hospital in Yerushalayim for further treatment.

The civilian was identified as the son of former MK Orit Struck.

Overnight Tuesday, IDF soldiers rounded up 16 wanted terror suspects in Yehudah and Shomron. Eight of the suspects were involved in violent riots, officials said. Five of the suspects were arrested in the Chevron area, five in the Shechem area, and the rest in the Kalkilye and Jenin areas.

Meanwhile, the IDF was preparing to demolish the homes of a number of terrorists involved in recent attacks. Among the homes to be demolished will be those of the families of Zid Ziad, Jamal Amar, I’ad and Di’a Tufik, Abu Zahra, Amjad Adal, and Muhammad Aliwi, all of whom were involved in the planning and execution of the terror attack that took the lives of Eitam and Naama Henkin, Hy”d, on October 1, during Chol Hamoed Sukkos.