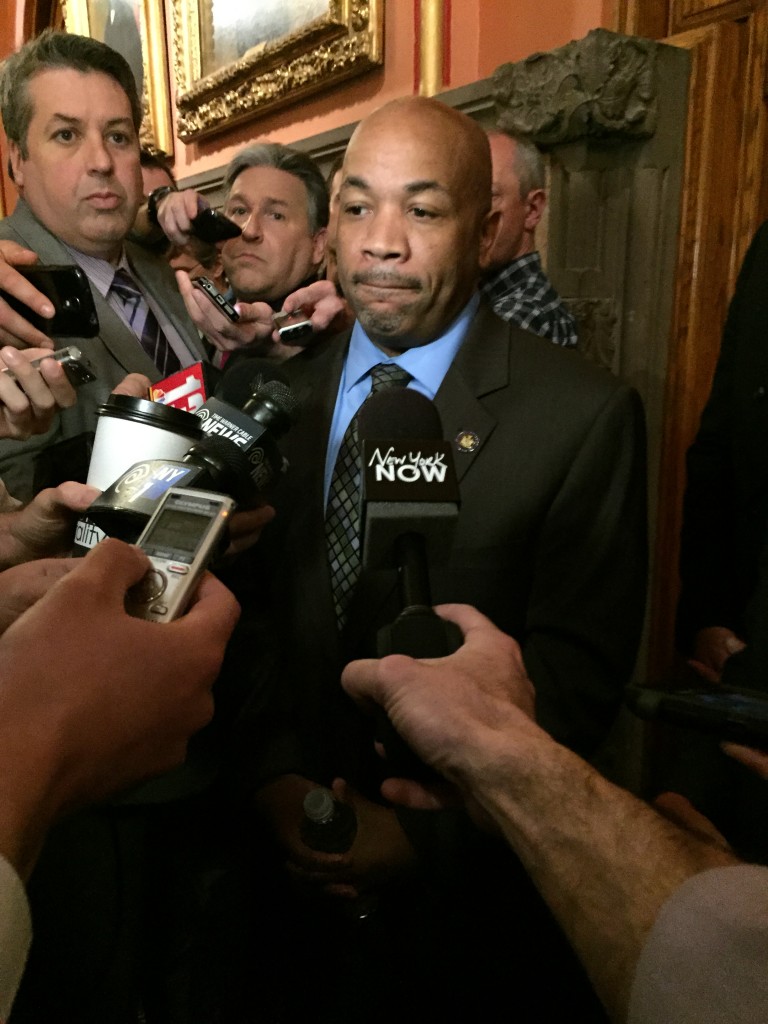 The leader of New York’s Assembly is leaving Sunday on a weeklong trip to visit Israel — the Bronx Democrat’s first time there.

Assembly Speaker Carl Heastie will travel with 10 other Assembly Democrats on a trip billed as “educational.” A spokesman said that the cost of the visit will be borne by the Jewish Community Relations Council. He is scheduled to return on Dec. 22.

Heastie, a taciturn politician who took over the powerful post 10 months ago, has never before been to Israel, but the country remains on the must-visit list for New York officials, according to Liz Benjamin of the NY State of Politics blog.

“At one time,” Benjamin wrote, “New York elected officials had to make sure to hit the so-called “three Is” — Israel, Italy and Ireland — to satisfy powerful ethnic voting blocs. Though Israel remains on the list, the other two have been bumped in favor of Puerto Rico, thanks to the rapidly growing clout of New York’s Latino population.”