Israel ANALYSIS: A New Head for the Mossad
Israel 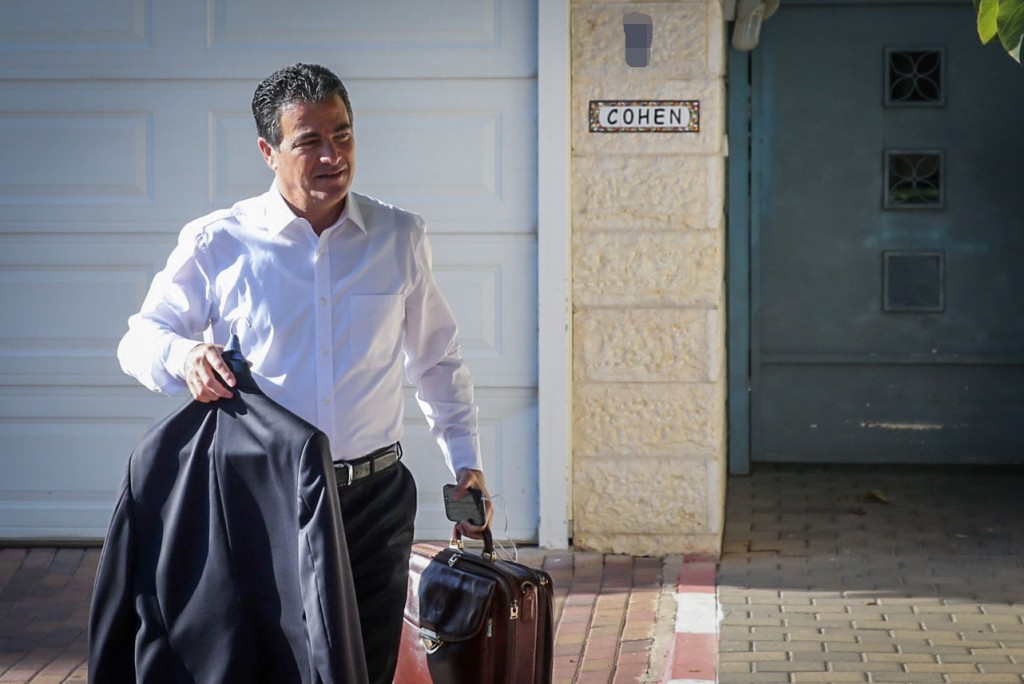 It was already clear a month ago that Yossi Cohen, head of the National Security Council, would be appointed the new head of the Mossad. The giveaway was that, at the height of the wave of terror, Cohen took a family vacation to the Far East. Apparently, he was about to take on a new job in which a vacation would not be on the horizon.

Who is the man who will become the country’s top spy? Why was he chosen over other qualified candidates? And what does Israel expect of him in this era of change in the Middle East?

Over the past two to three years, Cohen has served as Netanyahu’s de facto foreign minister. Although Netanyahu actually holds that portfolio, he cannot be fully active in that capacity. He therefore appointed a deputy minister from his own party who he knew would not obstruct Cohen and Ministry Director Dr. Dore Gold from managing things.

Why was Cohen chosen over numerous other good candidates?

Netanyahu realized that right now, he needs, first and foremost, someone who is loyal to him and to his doctrine. He also needed to choose a candidate who is experienced with Israeli’s secret ties with the Arab world — an area in which Cohen specializes. He is also familiar with the intelligence relationships Israel has with the Americans and the Europeans.

Furthermore, Netanyahu needed someone who would increase Israel’s intelligence resources over its new enemies, namely Islamic State and the rebel groups in Syria, in addition to the old enemies, chiefly Iran. Yossi Cohen has proven himself in this area.

Moreover, Netanyahu wanted someone who has the ability to run preventive operations against countries preparing to fight Israel—another area in which Cohen has experience.

The prime minister also wanted someone who had developed good connections with Jewish communities and institutions around the world, something Yossi Cohen did as the Mossad representative in Europe, when he formed excellent ties with the communities there.

Netanyahu chose Cohen also because he needed the head of the Mossad to be able to establish good international relationships so that the global war on terror would be at the top of the priority list of world leaders. The prime minister believes the threats from radical Islam, IS and Iran to be the biggest ones, and he fears the day that the Russians and Iranians will win the war in Syria, because at that point the Russians will return to their own country, leaving the Israeli border with the Golan exposed to Israel’s ultimate enemy — Iran-Hizbullah groups— who will launch attacks from that border into Israel.

The final issue of paramount importance to Israel is cyberwarfare, although this is not Cohen’s strong point. However, his other assets outweigh this drawback, and it is likely that he will select a deputy director who is strong in this field.

It took Netanyahu quite some time to settle on Cohen, even with a tight timetable, as current Mossad head Tamir Pardo leaves in less than a month. The choice of Cohen is a reassuring one for Netanyahu: Cohen is very familiar with the Mossad, both from having served as its deputy director and from having served as the national security advisor, so the transition should be smooth.

What are Cohen’s worldviews? He speaks little about them, but a year ago, he was invited by his teachers at the Ohr Etzion yeshivah high school, his alma mater, to speak about the security situation in Israel. He apparently had no idea that his speech would be recorded and replayed upon his selection as Mossad head.

Cohen presented a similar outlook to that of the prime minister, and less similar to that of the outgoing Pardo. He believes that “Iran will continue to be at the top of Israel’s list of priorities and dangers.” He also stated his opinion that a conventional war – defined as tanks fighting tanks – is not expected in the next five years. But, he said, there is no one to fight: The Syrian army hardly exists, the Jordanians will not fight us, Hizbullah has no such armor and Egypt is a country with which Israel has a peace agreement.

“Therefore,” Cohen said, “the big challenge is the asymmetrical war … which means that we come with F15 and F16 aircraft, sophisticated tanks … and similar weaponry, and we are facing off with terror organizations.”

What Cohen did not speak about was the targeted liquidations of the Iranian nuclear experts and the implementation of espionage programs and computer viruses such as Stuxnet, which thwarted Iran’s abilities to manufacture materials needed for its nuclear program for several years.

Cohen was very successful as the prime minister’s national security advisor. He was efficient, quick to grasp, and able to form good ties in Israel and around the world — all things that Netanyahu likes to see in his advisors, although often is not able to.

Now, as Mossad head, Cohen will also have to know when to tell Netanyahu what he can’t do. That’s where they may clash, because Netanyahu doesn’t like to hear criticism — either personal or of his administration.

Already as deputy Mossad head, Cohen had set his sights on the top job. He studied Netanyahu well, and understood that his chances would increase if Netanyahu would be closely familiar with him.

He waited for the opportunity for National Security Advisor Yaakov Amidror to announce his retirement, and worked to have Netanyahu select him for the job.

Netanyahu assessed Yossi Cohen’s ability to head the NSA and reached the conclusion that he could serve in that capacity, as well as in others that the prime minister needed urgently.