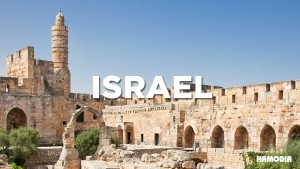 An IDF commando unit, along with the Shin Bet, carried out a predawn raid on a hotel in central Ramallah and removed a wounded Palestinian terrorist who had perpetrated a stabbing attack near the Tapuach Junction in the Shomron five weeks ago.

The terrorist, Basal Abu Alyia, and an accomplice came to the Tapuach checkpoint on a motor scooter and began stabbing soldiers. The soldiers opened fire on the attackers, killing one and wounding the other, Basal Abu Alyia. He then managed to escape in a Palestinian ambulance that had been waiting in hiding, and sped off with him to the hospital in Shechem.

Fearing that he would be kidnapped, as has already happened with other wounded, Abu Alyia left the hospital and chose to hide in a room in a hotel in Ramallah, where he received further medical treatment from doctors.

But the Israeli assault team came during the night, made their way inside without provoking significant reaction, reached the room where the wounded terrorist was staying, and slipped out with him, to be interrogated in Israel.

Abu Alyia is a hardened terrorist who has spent many years in Israeli prisons for his role in various attacks.