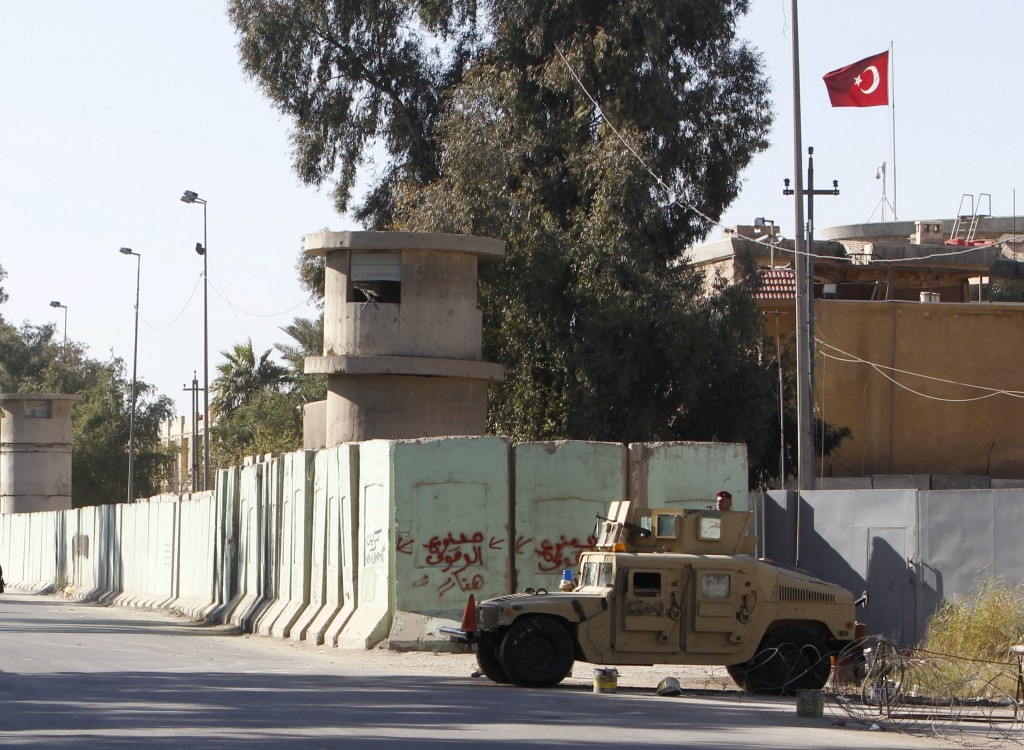 Turkey has halted the deployment of troops to northern Iraq for now but will not withdraw those already there, Turkey’s foreign ministry said on Tuesday, after Baghdad demanded the withdrawal of soldiers currently stationed in the vicinity of the Islamic State-held city of Mosul.

Turkey says its latest deployment of soldiers to northern Iraq is part of a mission to train and equip Iraqi forces. The Iraqi government says it never invited such a force and will take its case to the United Nations if they are not pulled out.

Turkish Prime Minister Ahmet Davutoglu announced his intention to visit Baghdad as soon as possible to try to calm the row over the troop deployment. Turkish troops are in Iraq to protect against a possible attack from Islamic State and those who interpret their presence differently are involved in “deliberate provocation,” Davutoglu said in a speech to his party in parliament.

Davutoglu also reported that they had discussed possible measures against Russia at a cabinet meeting on Monday. They said Ankara will impose sanctions if needed, while still remaining open to talks with Moscow. For their part, Russia has hit Turkey with a raft of sanctions after the Turkish air force shot down a Russian warplane near the Syrian-Turkish border last month.

Davutoglu also slammed recent “insults and attacks” directed at Turkey from within Iran, warning that Turkish-Iranian friendship would suffer greatly if such attitudes continued. He did not specify to which comments he was referring.