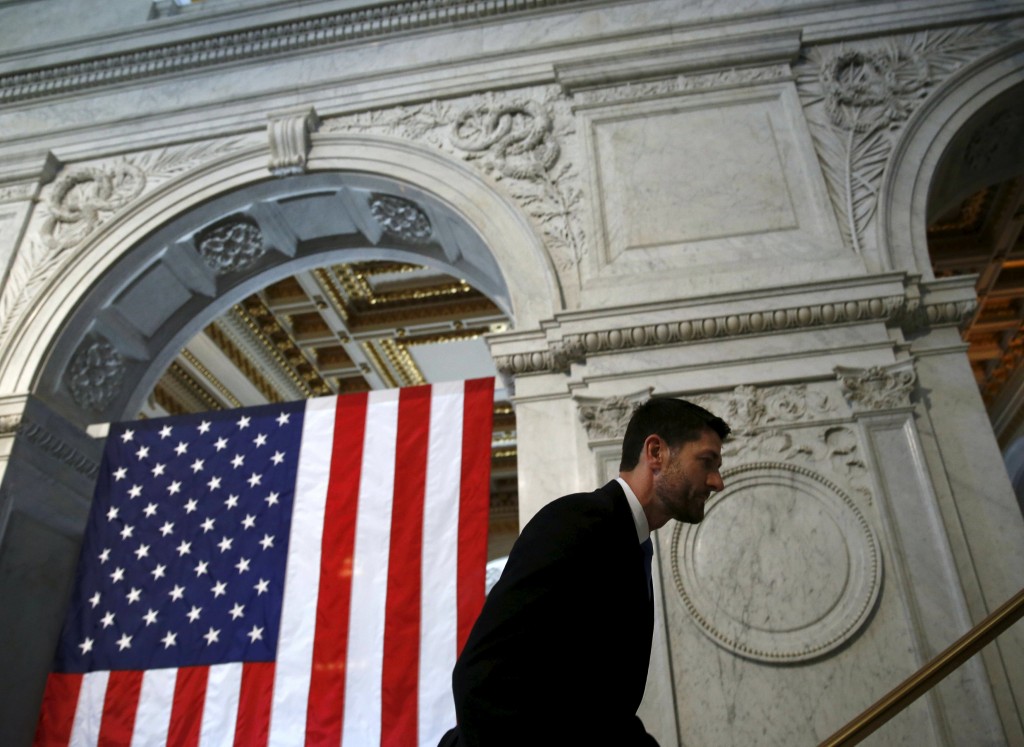 Donald Trump is standing by his call to block Muslims from entering the United States, even as the idea draws condemnation from rival Republican presidential candidates, party leaders and others as un-American and potentially dangerous.

“I don’t care about them,” Trump told CNN Tuesday in a telephone interview, when asked about denunciation by GOP leaders. “I’m doing what’s right.”

Trump’s call on Monday for a “total and complete shutdown of Muslims entering the United States” has drawn an unusually forceful level of rebuke from across the nation and abroad.

British Prime Minister David Cameron slammed it as “divisive, unhelpful and quite simply wrong.” Muslims in the United States and around the world denounced it as unconstitutional, offensive or both. The front page of The Philadelphia Daily News featured a photo of Trump holding his right hand out as if in a Nazi salute.

“This is not conservatism,” Republican House Speaker Paul Ryan told reporters after a closed-door GOP caucus meeting. “What was proposed yesterday is not what this party stands for, and more importantly it’s not what this country stands for.”

But Trump didn’t back down, saying that banning Muslims “until our country’s representatives can figure out what … is going on” is warranted after last month’s attacks by Muslim terrorists in Paris and last week’s shootings in San Bernardino, California, that killed 14.

“We are now at war,” Trump said, adding: “We have a president who doesn’t want to say that.”

Trump’s proposed ban would apply to immigrants and visitors alike, a sweeping prohibition affecting adherents of a religion practiced by more than a billion people worldwide. The current Republican front-runner announced his plan to cheers and applause at a Monday evening rally in South Carolina.

Trump clarified in a round of interviews Tuesday that his proposed ban would not apply to American citizens traveling abroad and would allow exemptions for certain people, including the leaders of Middle Eastern countries.

Since the Nov. 13 attacks in Paris that killed 130 people and wounded hundreds, some other Republican presidential contenders have proposed restrictions on refugees and tighter surveillance in the U.S. But their proposals have not gone nearly as far.

Trump’s proposal has also drawn criticism from legal experts who challenge its constitutionality and feasibility.

Leti Volpp, a University of California expert on immigration law, said, “Excluding almost a quarter of the world’s population from setting foot in the United States based solely upon their religious identity would never pass constitutional muster.”

At the White House, Press Secretary Josh Earnest lambasted Trump as a “carnival barker” and called on his rivals to denounce their fellow candidate.

“What he said is disqualifying,” Earnest said. “Any Republican who’s too fearful of the Republican base to admit it has no business serving as president, either.”