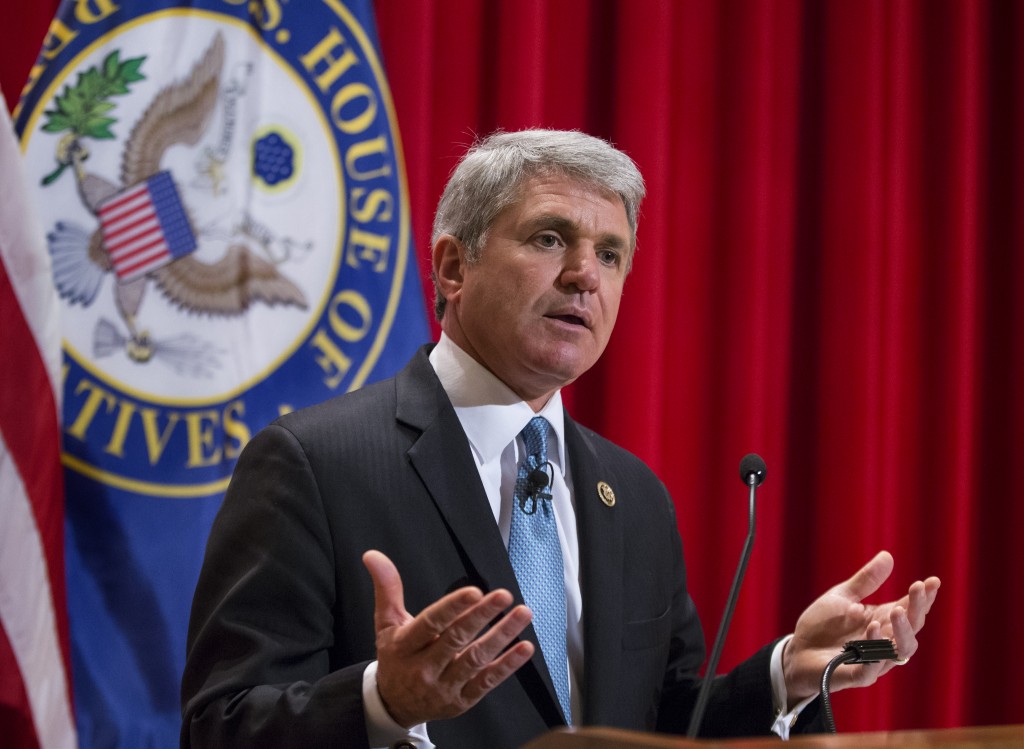 It’s usually left to presidents or Cabinet secretaries to engage in the Washington tradition of a formal address telling Americans the state of national affairs.

But Rep. Michael McCaul, R-Texas, who chairs the House Homeland Security Committee, is so worried about the safety of the homeland that he took it upon himself to deliver what was billed as his inaugural “State of Homeland Security address” on Monday.

It wasn’t pretty. With the recent attacks in Paris and San Bernardino, Calif., the United States homeland “is in the highest threat environment since 9/11,” McCaul said in his speech at the National War College in Washington. As for Islamic State, McCaul labeled the terrorist organization “more dangerous than al-Qaida ever was under Osama bin Laden.” Authorities have said that one of the San Bernardino shooters, Tashfeen Malik, had pledged loyalty to Islamic State leader Abu Bakr al-Baghdadi.

His remarks Monday carried a sharply partisan tinge. He blasted President Obama, saying Obama was slow to awaken to the Islamic State threat and that the president’s Oval Office address about terrorism Sunday “failed to lay out any new steps to fight this menace. Instead, he doubled down on a strategy of hesitancy and half-measures.”

McCaul casts the terrorist threat in stark terms. “Make no mistake,” he said. “We are a nation at war. Fourteen years after 9/11, the fight against Islamic terror rages on, and our adversaries have opened up new battlegrounds across the world. Our own city streets are now the front lines.”

As for solutions, McCaul issued a number of proposals, including more outreach to “vulnerable communities” in the United States. He said his committee “will introduce a slate of new bills” in the coming weeks on subjects such as enhancing the security of the U.S. visa process; helping foreign allies address their own security weaknesses; and streamlining the Department of Homeland Security into “a more focused counter-terrorism organization.”

But he conceded that achieving true security will be difficult, especially in the digital age.

McCaul’s committee and its six subcommittees have held dozens of hearings on all manner of homeland-security topics since he became chair in 2013.