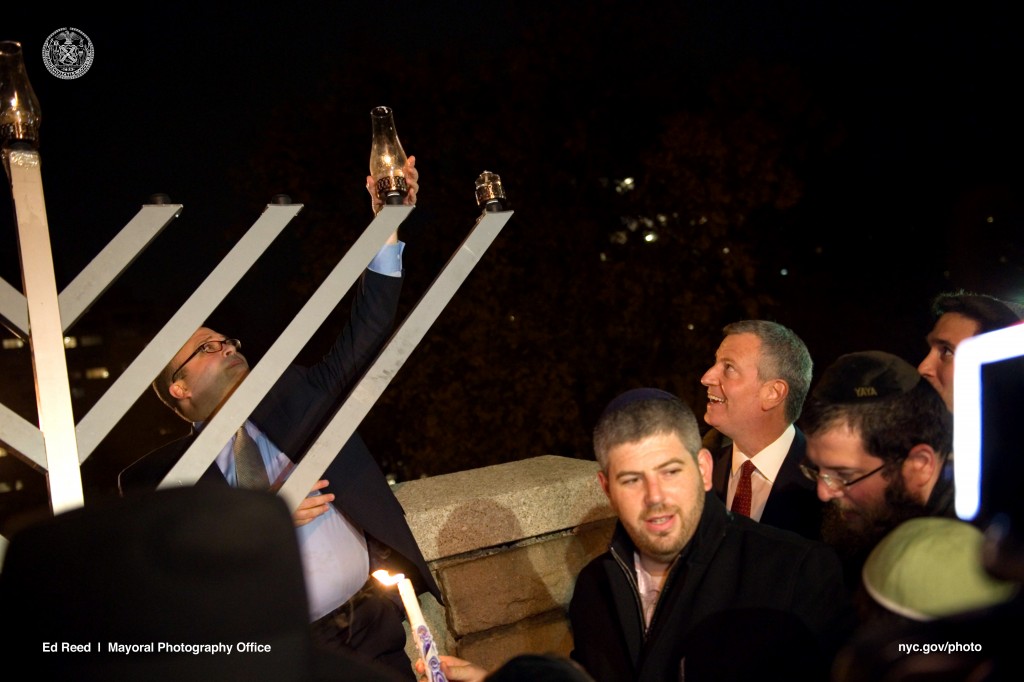 Mayor Bill de Blasio danced with community members at a menorah lighting ceremony in Gracie Mansion’s shadows, after the menorah was vandalized twice over the weekend.

Soon after the news broke that the 100-pound menorah situated in Carl Schurz Park, on Manhattan’s Upper East Side, had been vandalized twice over the weekend, de Blasio on Monday quickly added the ceremony to his schedule.

Calling it a “powerful evening,” the mayor appeared to be enjoying himself, laughing with the estimated 1,000 guests and dancing to “V’Al Hanisim.”

The mayor’s residence, Gracie Mansion, is located in the park, a few blocks away from the menorah. It had been knocked to the ground twice — on Shabbos and Sunday nights. The NYPD’s Hate Crimes Task Force is investigating the incident and there is a $2,500 reward offered for information.

After the event ended, the mayor walked to his home, accompanied by an entourage of Jewish community members.