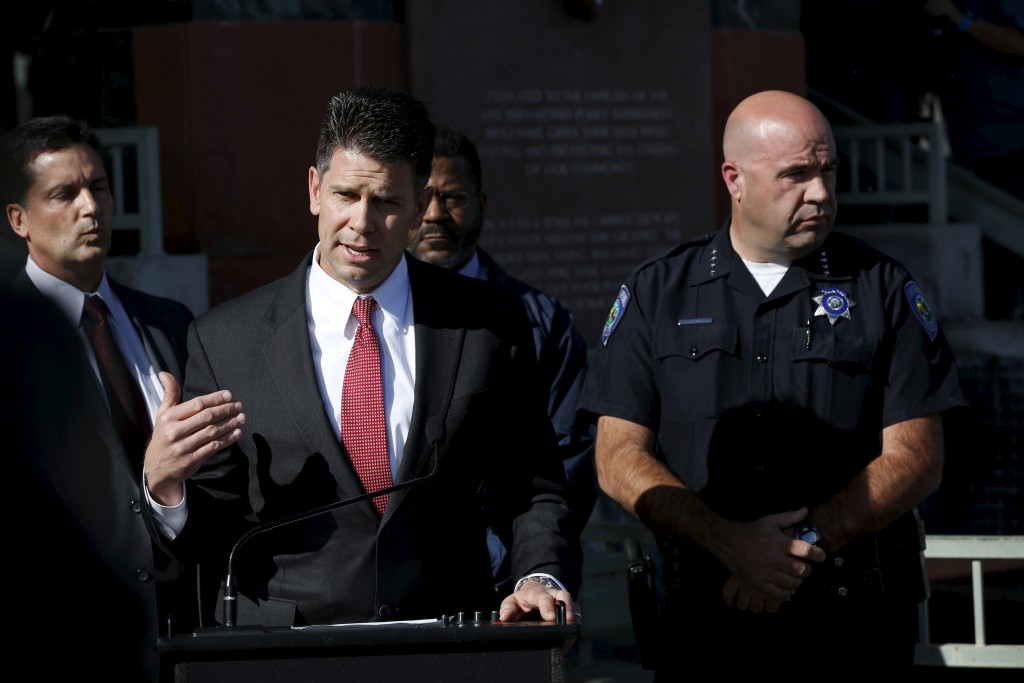 Just days before he carried out an attack that killed 14 people, Syed Farook practiced with a rifle during one of several recent visits to a local shooting range, authorities said. Sometimes he was joined by his wife, his partner in the carnage.

An instructor at Riverside Magnum Range — about 20 miles from the Inland Regional Center where the two targeted Farook’s coworkers a few days later — said Farook visited the range on Nov. 29 and 30.

John Galletta said Monday that nothing was out of the ordinary about Farook’s behavior, but that he asked a representative why his rifle might be smoking, and was told it was most likely because it was new.

Asked whether in hindsight he or others at the range should have been suspicious of Farook, Galletta said: “How are you able to determine what somebody’s intents are?”

As more details on the couple emerged, the FBI said Farook and Tashfeen Malik had long since embraced radical ideology.

“We have learned and believe that both subjects were radicalized and have been for quite some time,” said David Bowdich, chief of the FBI’s Los Angeles office, at a news conference Monday.

He added: “The question we’re trying to get at is how did that happen and by whom and where did that happen? And I will tell you right now we don’t know those answers.”

Authorities also disclosed that a year before the rampage, Syed Farook’s coworkers at the county health department underwent “active shooter” training in the same conference room where he and his wife opened fire on them last week.

It was not immediately clear whether Farook attended the late-2014 session on what to do when a gunman invades the workplace, San Bernardino County spokeswoman Felisa Cardona said.

Two employees who survived the attack said colleagues reacted Wednesday by trying to do as they had been trained — dropping under the tables and staying quiet so as not to attract attention.

Farook, a 28-year-old restaurant inspector born in the US to a Pakistani family, and Tashfeen Malik, a 29-year-old immigrant from Pakistan, went on the rampage at a holiday luncheon at about the same time Malik pledged allegiance to the Islamic State group on social media, authorities said. The Muslim couple were killed hours later in a gunbattle with police.

Authorities also discovered 19 pipes in the couple’s home in Redlands, California, that could be turned into bombs, Bowdich said. The FBI previously said it had found 12 pipe bombs.

Newly released emergency radio transmissions from the fast-moving tragedy show that police identified Farook as a suspect almost immediately, even though witnesses reported that the attackers wore black ski masks.

An unidentified police officer put out Farook’s name because Farook had left the luncheon “out of the blue” 20 minutes before the shooting, “seemed nervous,” and matched the description of one of the attackers, according to audio recordings posted by The Press-Enterprise newspaper of Riverside.

In addition to the 14 killed, 21 people were hurt. At least six remained hospitalized, two in critical condition.

The two assault rifles used in the attack had been legally purchased by an old friend of Farook’s, Enrique Marquez, authorities said, but they are still trying to determine how the couple got the weapons. Marquez has not been charged with a crime.

Meanwhile, most of the county’s 20,000 employees went back to work for the first time since the rampage five days earlier plunged the community into shock and mourning.

Employees in the environmental health division, where Farook and many of his victims worked, and which held the active-shooter training a year ago, will be off until next week.