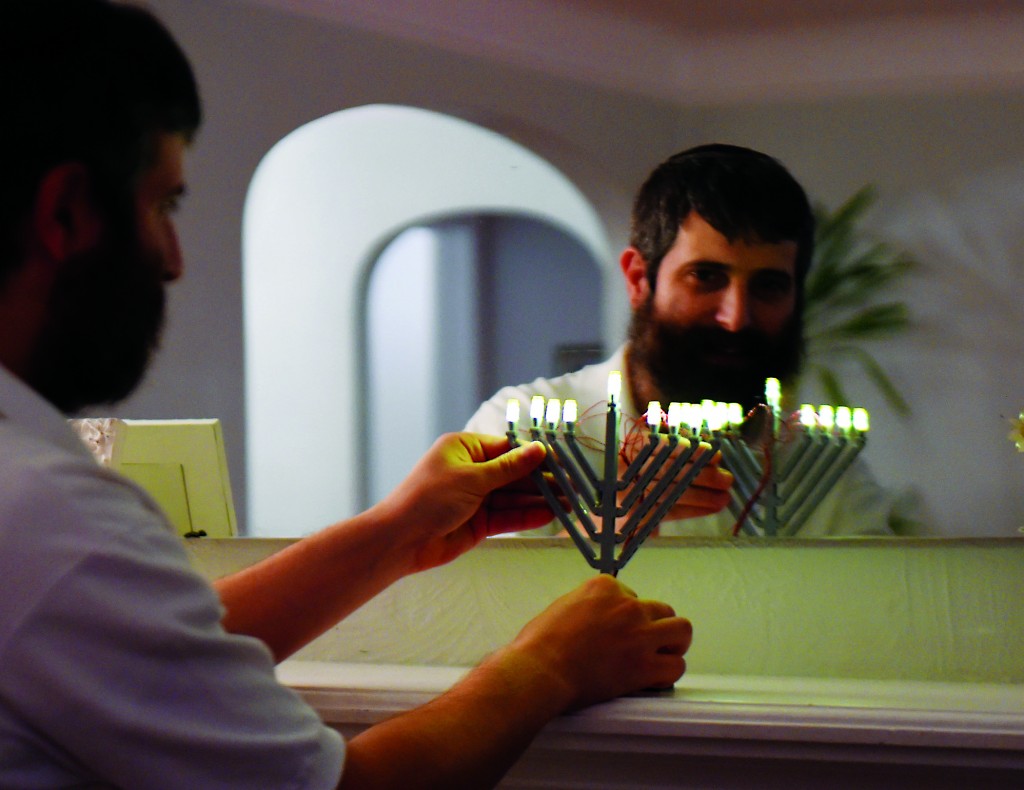 A St. Paul business is getting some traction with its custom, Jewish-themed sets of building block toys.

The toy sets are sold by the Kasowitz family’s year-old business called Jbrick. The company’s products include sets for a menorah, dreidel, and Seder plate, the St. Paul Pioneer Press reports.

Yitzy Kasowitz said he feels that the family’s business “fulfills a need.” He said he has loved Lego since he was young, and that he would make his own menorah.

Kasowitz also works at a Minneapolis company called Brickmania, which makes unofficial custom model building kits using Lego bricks and parts. He came up with the idea for Jbrick when he was asked to make a couple of menoros for a display for the Minnesota Transportation Museum.

“When I came up with the design, I was like, ‘Hey, why don’t I make a set out of this? Let’s take a risk and see what happens,’” Kasowitz said. “And that’s how Jbrick started.”

About 100 sets were made by Kasowitz around this time last year, he said, and he sold them within a week. Interest picked up as the effort got attention and publicity, and he said it was time to make it a real company.

The Jewish-themed toy sets are assembled in the Kasowitz family’s home and are sold by several businesses in St. Paul and St. Louis Park.

Jewish-themed building toys have become increasingly popular in recent years, but the vast majority are produced by companies in the New York area with assembly being done overseas.

“It isn’t hard to find gift items for Chanukah, but what’s unusual about this is that Yitzy’s company is local,” said Ross Huseby, general manager of the St. Louis Park location. “Usually the things are imported from other places.”