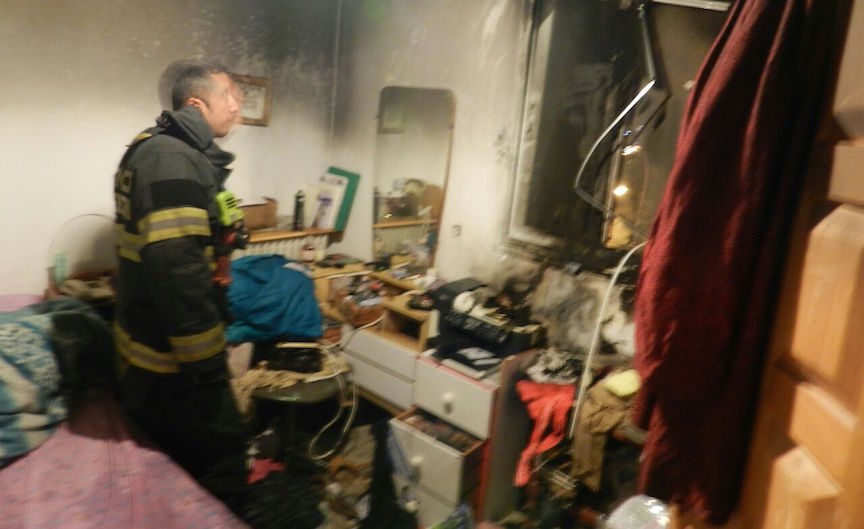 Three firefighting crews were needed on Monday night to douse a blaze caused by Chanukah candles that broke out in a Yerushalayim apartment. The fire caused only light damage in the apartment in the Kiryat Menachem neighborhood.

Firefighting crews were able to quickly bring the blaze under control. There were no injuries, but dozens of the apartment building’s residents were evacuated and sent to a local hospital by rescue workers for evaluation. All were released a short time later.

An initial investigation indicated that the fire broke out when a menorah was placed near a curtain and fell over, igniting the blaze.

Fire officials urge those lighting menoros at home to follow basic safety rules – place the menorah in a safe location and make sure that the room is vented. Menoros should not be lit near flammable materials, plants, paper decorations, etc., and neither should they be placed in an area where they are likely to fall over. Matches and other sources of fire should be kept away from them, and under no circumstances should a lit menorah be left alone without supervision, the officials added.