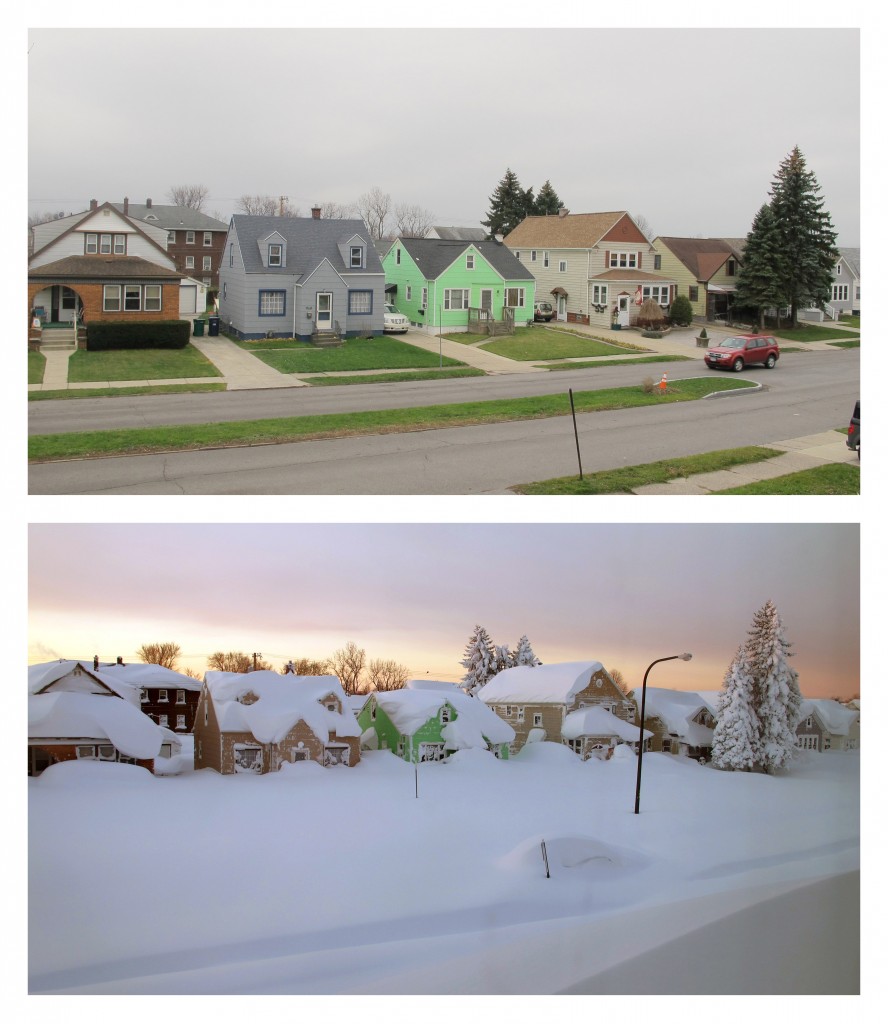 A 116-year-old snow record has fallen in Buffalo. This time, it’s for lack of snow.

The city had yet to see its first measurable snowfall, breaking the record for latest first snow set back on Dec. 3, 1899.

The wait will continue, National Weather Service meteorologist Jim Mitchell said, with no snow in the forecast until at least mid-December.

“This record is going to most likely be shattered,” Mitchell said.

The start of the winter season couldn’t be more different from last year, when some areas of Buffalo and its suburbs saw an unheard of seven feet of snow in November during what’s now called the “Snowvember” storm.

“I’m out of the house!” Robert Ross said Friday while contemplating the difference between last year and now. As he walked his dog, Ralph, along dry pavement in Cazenovia Park, he said he wouldn’t miss the snow if it continued to hold off.

During an average season, Buffalo gets its first measurable snow, considered a tenth of an inch or more, on Nov. 8 and sees about 93 inches through the winter.

Friday was a relatively chilly 40 degrees heading into a weekend that promised highs in the 50s. But with just grass and fallen leaves under foot as they fished at Tifft Nature Preserve, 13-year-old Tyler Waterman and his father, Ken, were thrilled with the conditions. An abundance of snow days last year shortened Tyler’s summer vacation.

“I’m loving it. I hope it stays this way,” Ken Waterman said. “Last winter was so brutal. My heat bill is next to nothing so far this year. Getting around is easy, there’s no accidents to speak of.”

At the Streets Department garage, a dozen snowplows sat idle next to an untouched mountain of road salt.

But “it’s still early,” said Ken Osika, as he skated away on dry land.