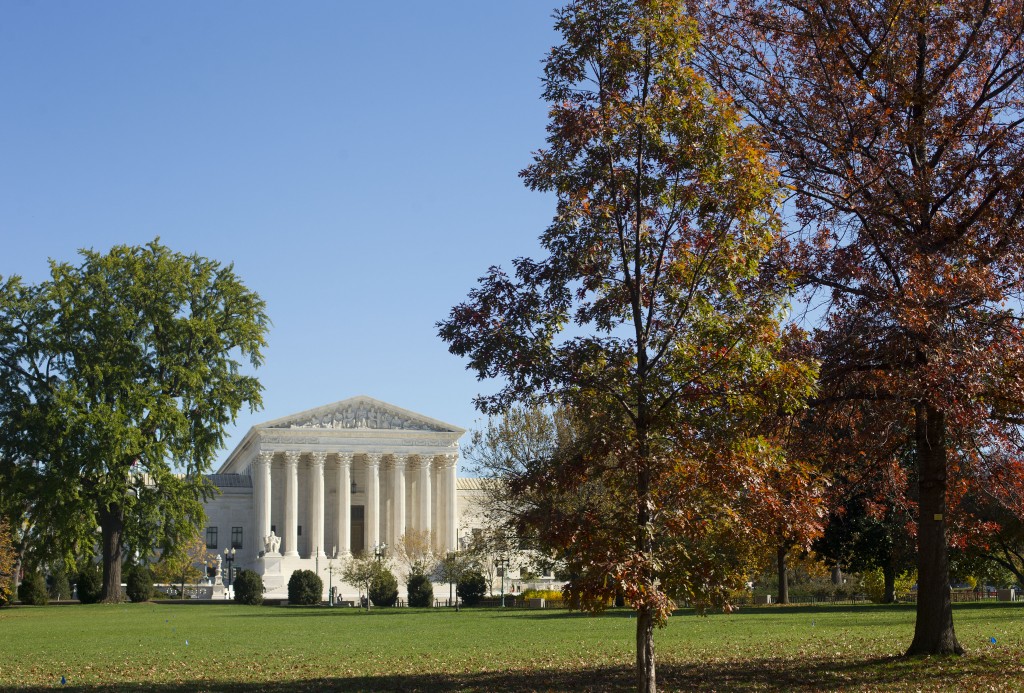 The U.S. Supreme Court on Monday rejected a challenge by gun-rights activists to a Chicago suburb’s ordinance banning assault weapons and large-capacity magazines, handing a victory to gun-control advocates amid a fierce debate over the nation’s firearms laws.

The 2013 ordinance passed by the city of Highland Park, Illinois will remain in place. By opting not to hear an appeal of a lower-court ruling that upheld the measure, the justices declined to take up what would have been a high-profile gun-rights case following a succession of mass shootings, including the one last week in San Bernardino, California.

The Highland Park measure bans various semi-automatic weapons, including well-known guns such as the AR-15 and AK-47, in addition to magazines holding more than 10 rounds of bullets.

Two conservatives on the nine-member court, Clarence Thomas and Antonin Scalia, said the justices should have taken the case.

Thomas wrote a six-page dissent in which he said that despite recent pro-gun rights rulings by the conservative-leaning high court, several lower courts “have upheld categorical bans on firearms that millions of Americans commonly own for lawful purposes.”

The United States Constitution’s Second Amendment guarantees the right to bear arms, but there is a longstanding legal debate over its scope.

Semi-automatic rifles are popular, with the vast majority of owners using them for lawful purposes, Thomas said. “Under our precedents, that is all that is needed for citizens to have a right under the Second Amendment to keep such weapons,” he said.

In April, the Chicago-based 7th U.S. Circuit Court of Appeals rejected the challenge to Highland Park’s ordinance. Thomas said the high court should have heard the appeal of that ruling in order to prevent that appeals court “from relegating the Second Amendment to a second-class right.”

The plaintiffs were gun owner Arie Friedman, a pediatrician, and the Illinois State Rifle Association. The National Rifle Association, the influential gun rights group, and 24 states urged the high court to hear the case.

The Supreme Court has not taken up a major gun case since 2010. In the 2008 District of Columbia v. Heller case, the court held for the first time that the Second Amendment guaranteed an individual right to bear arms, but the ruling applied only to firearms kept in the home for self-defense. Also, that ruling only applied to the federal government. Two years later, in the case McDonald v. City of Chicago, the court held that the earlier ruling applied to the states.

In defending the ban, Highland Park’s lawyers noted that it was enacted “following a series of tragic mass shootings across the nation” including the 2012 shooting at Sandy Hook Elementary School in Newtown, Connecticut in which 20 young pupils and six adults were killed.

They also pointed out that seven states, including California and New York, have similar laws on the books.

A nationwide assault weapons ban law expired in 2004 when the bitterly divided Congress failed to renew it, with many Republicans opposing gun control measures. The federal law had barred the manufacture and sale of semi-automatic guns with military-style features as well as magazines holding more than 10 rounds of ammunition.

In his speech to the nation on Sunday night, President Barack Obama noted that the husband-and-wife shooters who killed 14 people in San Bernardino had stockpiled assault weapons and ammunition. Obama called for new limits on assault weapons.