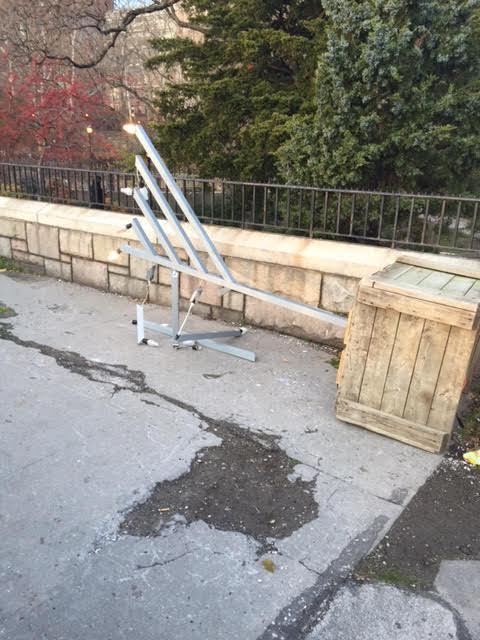 The New York Police Department is investigating the vandalization of the menorah in Carl Schurz Park on Manhattan’s Upper East Side, reported JPUpdates.

A call came in to the 911 emergency dispatch center on both Saturday and Sunday nights that the menorah was knocked to the ground. The NYPD’s Hate Crimes Task Force is investigating the incident and there is a $2,500 reward offered for information.

Carl Schurz Park is located between the East River and East End Ave, from East 84th to 90th Streets. The mayor’s residence, Gracie Mansion, is located in the park, at East 88th Street.

On Monday evening, New York City mayor Bill de Blasio was scheduled to attend a re-lighting of the vandalized menorah.