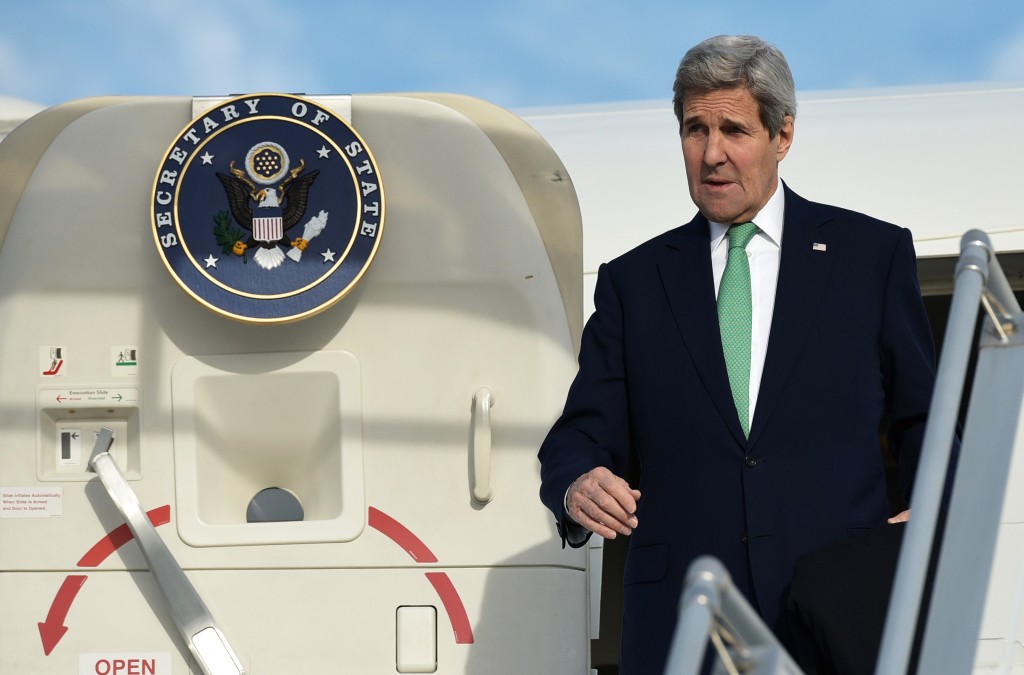 John Kerry has broken Hillary Clinton’s marks for miles traveled and total flight time as secretary of state, the State Department indicated on its website Monday.

With a year to go, he looks set to smash almost every travel record in U.S. diplomacy.

Kerry reached 957,744 miles on his last voyage, a week-long tour of Europe that ended Dec. 4. Clinton covered 956,733 miles in her four years on the job. Kerry came home Friday and left Sunday night for another week overseas, beginning in Paris.

Kerry, who was hobbled this year by a broken leg, still has a way to go to catch Clinton’s mark for countries visited. Having shuttled regularly between several favorite destinations — Paris, London, Geneva, Jerusalem, Amman — he has only been to 77. Clinton went to 112.

But barring unforeseen circumstances, Kerry almost surely will pass Condoleezza Rice’s record of 1.06 million miles in the air. His current travel rate has him doing so early next year.

The State Department updates its travel data for the secretary after each trip’s conclusion.