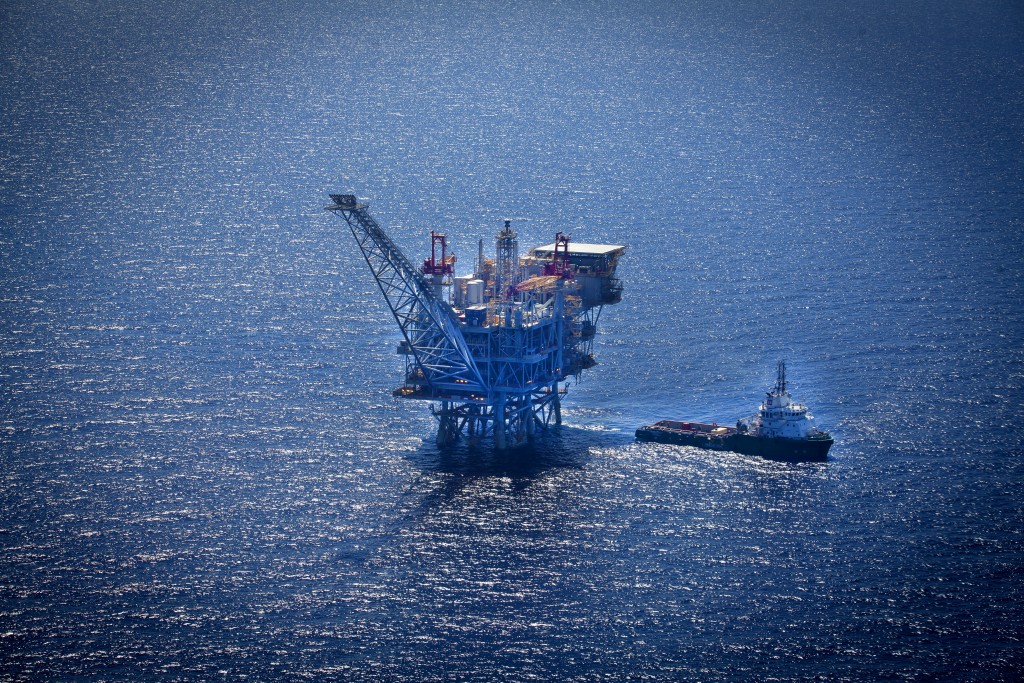 As Israel prepares to push through a long-delayed landmark natural gas deal, Prime Minister Binyamin Netanyahu is facing a growing backlash by protesters who accuse him of using shady backroom dealings and strong-arm tactics to push through the plan.

While some critics say the deal is a sellout, much of the opposition has focused on the great lengths to which Netanyahu has gone to win its approval. To clear the final hurdle, Netanyahu is said to have orchestrated the resignation of his economics minister in order to personally overturn an anti-trust ruling against the deal.

Thousands of people have taken to the streets in recent weekly protests – the biggest show of discontent with the government’s economic policies since demonstrations over the country’s high cost of living in the summer of 2011.

“The reason people are going out into the streets … is not just because the public opposes the deal. It’s because the public understands, and it’s not so difficult to understand, that a dubious deal has been prepared here,” said Stav Shaffir, a student leader of the 2011 protests who is now an opposition MK.

Israel, famously devoid of natural resources, jubilantly announced the discovery of sizeable offshore natural gas deposits about five years ago, and a gas partnership, made up of Israeli and U.S. companies – including Texas-based Noble Energy and Israel’s Delek Group – began extracting the reserves. After the country’s antitrust commissioner determined last year that the gas companies’ ownership constituted a monopoly, negotiations were launched to try to reach a middle ground.

A government committee struck a deal with the firms aimed at breaking up their monopolistic control and introducing competition. But the deal sparked a barrage of criticism, with liberal lawmakers and environmentalists saying it would squander a national treasure.

Critics say the process of harnessing Israel’s natural gas has been riddled with questionable decisions, shady deals and dirty politics.

The gas deal was initially not made public until an outcry brought it to the parliament, publicizing its details. Israel’s own antitrust commissioner said the deal wouldn’t provide for real competition and resigned in protest. Three government ministers – including the finance minister – have exempted themselves from voting on matters relating to the deal because of conflict of interest.

But is it the slash-and-burn politicking of Netanyahu that has unleashed much of the criticism? In an attempt to bypass a law limiting monopolies – the final step before the gas deal can be implemented – Netanyahu has taken on the economy portfolio after the minister who held the job refused to sign an order circumventing the law so the deal could go ahead.

The move was quickly branded “a disgrace” by opposition leaders.

Netanyahu also heads the Communications and Foreign Ministries, holding on to sensitive portfolios and placing longtime advisers in top positions in those ministries. As communications minister, he has been accused of giving favorable treatment to a major telecommunications company, which owns a stake in a news outlet seen as friendly to Netanyahu.

In his new post as economy minister, Netanyahu has the authority to overturn antitrust concerns on national security grounds. Although he is awaiting recommendations from a parliamentary committee, before which he is due to appear Tuesday, he can choose to sidestep the law regardless of the committee’s position.

The Movement for Quality Government, a watchdog group, said it plans to challenge the gas deal in the High Court.

Netanyahu has insisted the deal is good for Israelis and that he would charge forward with it.

“We have one obstacle left and we will overcome it because it is the right thing for the citizens of Israel,” he said at a Cabinet meeting in September. “When I want to achieve something, I achieve it.”

A partnership between Noble Energy and Delek Group, which is led by billionaire Yitzhak Tshuva, is the main developer at Israel’s two larger gas fields, Tamar and the heftier, Leviathan. It also owns two smaller reserves. Leviathan, which contains an estimated 530 billion cubic meters of gas, has not yet been developed.

The firms have been selling gas to the Israeli market from the Tamar field, which went online in 2013, and have agreed to sell to neighboring countries as well.

When the gas was discovered, it was billed as a panacea for Israel’s economic woes, offering potential energy self-sufficiency, billions of dollars in taxes and royalties, and the chance to effect some energy diplomacy by exporting to Arab countries.

Under the deal with the gas firms, Delek must sell its entire share of Tamar, and Noble Energy must sell most of its holdings, within six years. The companies must also sell their entire stake in two smaller fields. The forced sales are aimed at opening the industry to competitors. The deal also sets a price ceiling for future sales to Israeli companies and commits the gas firms to complete the development of Leviathan by 2020.

Bini Zomer, Noble’s country director for Israel, said the Israeli government was responsible for carrying out its policies.

Critics say the fixed prices are too high when compared to other countries, and that the deal does not adequately break up the monopoly.