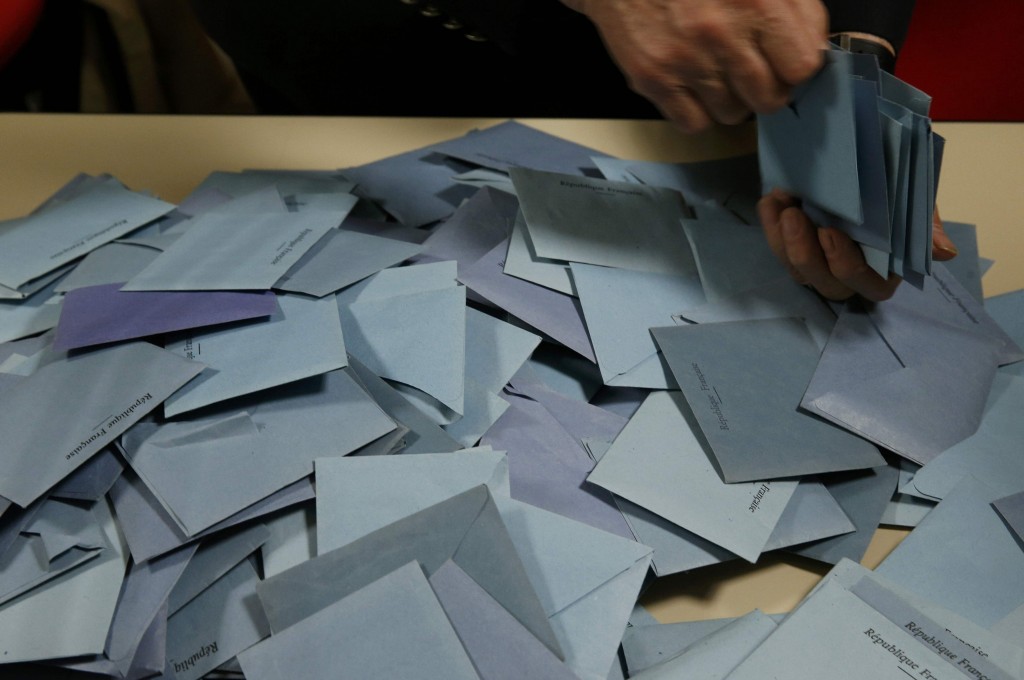 France’s Socialist Party on Monday said it would pull its candidates out of a third regional poll, that of eastern France, adding to its efforts to create an electoral “barricade” against the far right, the party’s chief said on Monday.

The far-right National Front (FN) of Marine Le Pen made sweeping gains across France in a first round of voting on Sunday, largely at the expense of the ruling Socialists of President Francois Hollande.

The Socialists said on Sunday that they would withdraw from Dec. 13 second-round runoffs in the north and southeast of France, where they ended the first round in third place, in the hope of keeping the FN from winning.

The party also came in third in the eastern Alsace-Champagne Ardenne-Lorraine region, and party Secretary-General Jean-Christophe Cambadelis said on Monday that it would withdraw from the runoff there as well, leaving it, like the other two, to Nicolas Sarkozy’s conservative Republicans in a duel with the National Front.

“There is too big of a risk of victory for the National Front for us to keep our candidates in this region,” said lawmaker Bruno Le Roux, who is the Socialists’ leader in the lower house of parliament.

Boosted by voters’ fears over the Islamic State attacks that killed 130 people in Paris on Nov. 13 and by record unemployment and worries about immigration, Marine Le Pen’s party secured 27.96 percent of the vote nationally, the interior ministry said, with over 98 percent of votes counted.

Le Pen, who herself topped the poll as lead candidate in the Nord-Pas de Calais-Picardie region where the migrant crisis is symbolized by the migrant camps outside Calais, refrained from claiming victory.

“We’re not home and dry yet, especially since the election is being run in an unfair way,” she said on French radio RTL.

“To pull out a candidate on the second round is rather unfair. Today, they’re twisting the arm of the French, of the left. Are they going to accept being insulted, despised? We’ll see,” she said.