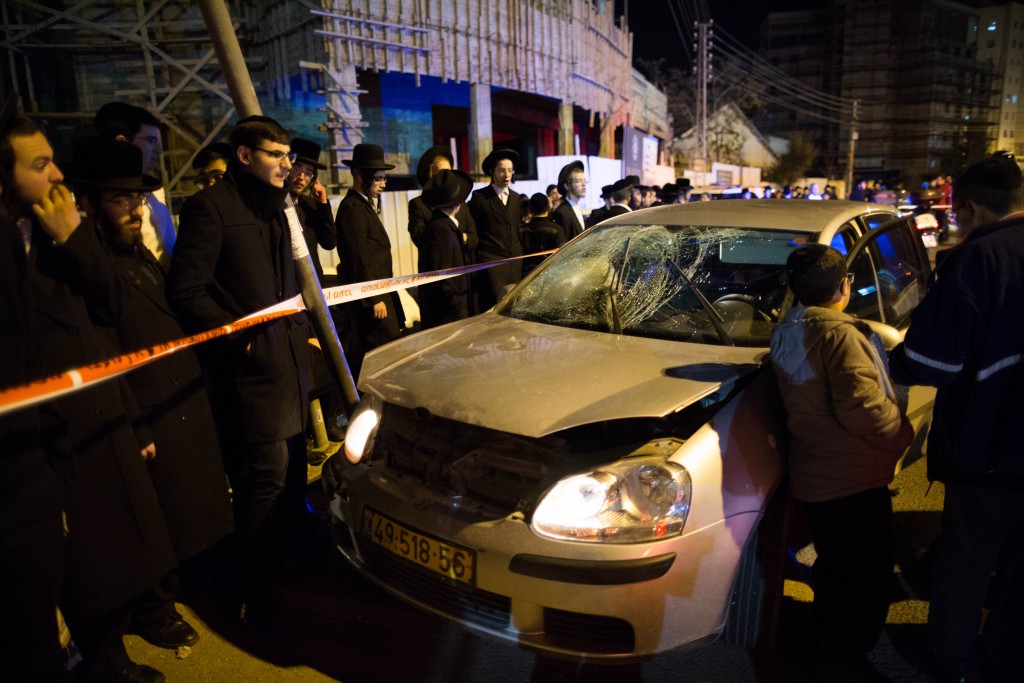 Three Israelis were lightly injured in a terror attack on Rechov Yirmiyahu in Yerushalayim on Sunday night, the first night of Chanukah.

An Arab-Israeli terrorist, later identified as Amar Yasser Skapi, a 21-year-old man from Beit Hanina, first struck two pedestrians with his car, then exited the car and stabbed an officer, across from the chareidi Shaarei Revachah supermarket.

The terrorist was then shot and killed by an IDF soldier who witnessed the attack from a passing bus and began chasing after the terrorist.

Two of the injured were taken to the Shaarei Zedek hospital in the capital for further treatment.

The police officer who was stabbed in the shoulder was treated at the scene and did not need to be taken to hospital.

One person was also being treated for shock.

The wounded from Sunday’s attack were, b’chasdei Shamayim, released from hospital on Monday morning.